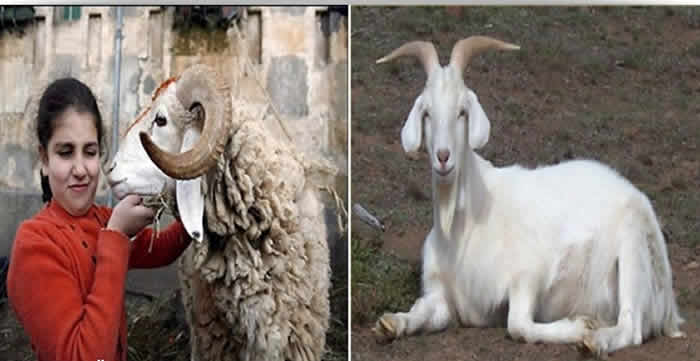 Tips for Eid ul Adha Qurbani – Before and After Sacrifice

Eid-ul-Adha: Muslims from all over the world celebrate Eid ul Adha on the 10th of Zilhaj. Eid ul Adha qurbani (sacrifice) is an essential religious obligation on those who meet the criteria set by Allah(swt).

Qurbani or sacrifice is made in the memory of Prophet Ibrahim(A.S), who was put through a difficult test by Allah(swt) and was asked to sacrifice His son in the way of God. Muslims make their sacrifice as practiced by Prophet Muhammad (PBUH). It is very important to follow the conditions that the Holy Prophet(PBUH) laid down for His ummah.

What to Sacrifice?
The first question that comes to ones mind when thinking about qurbani is what to sacrifice? It is important to note that all halal i.e permissible quadrupeds can be offered in sacrifice. But a goat or sheep that is not even an year old cannot be sacrificed unless it is so strong and healthy that it looks like an year old. If one is sacrificing a cow than it must not be younger than two years, and as for the camels the age limit is five years and so a camel younger than five years cannot be sacrificed.

It is very important to sacrifice the animal in the right way. The animal which has to be sacrificed should be laid on its left side and its face should be toward the Holy Kaabah. The animal’s throat should be cut using a sharp knife so as to minimize the pain and its blood must be allowed to drain. In case of a camel, it should be kept standing with its fore leg being stringed.

Read More: Eid-ul-Azha to be Celebrated On Sep 25

A sharp spear should be thrust in its breast and in both sides of the neck. The blood of it should be allowed to drain. Upto seven people can take a share in the sacrifice of one cow or camel, provided that none of the person gets a share less than one seventh of the sacrificed animal and the intention of each person taking a share is to offer a sacrifice in the way of Allah(swt). Also it must be remembered that Qurbani or sacrifice has to be made after Eid prayers on the 10th of Zilhajj. Any animal slaughtered befor the prayer will not be considered as sacrificed and the qurbani will have to be repeated. Sacrifising the animal at night is also permissible however it is not preferred.

Meat’s Three Parts
After one has sacrificed an animal in the way of Allah(swt), its meat should be divided into three parts. One is to be kept for the person and his family’s own use, one part should be distributed amongst the relatives and one part is to be given in charity.

It is advised that atleast one third of the meat of the animal should be given away in charity. Even the animal’s skin, its rope and its cover should also be given in charity to the poor and needy. Eid ul Adha qurabani is one of the biggest events celebrated in most muslims counteries every year. In counteries like pakistan people start buying and selling of animals months before the eid. It is however essential tha one complies with the presicribeed before and after terms of the qurbani.