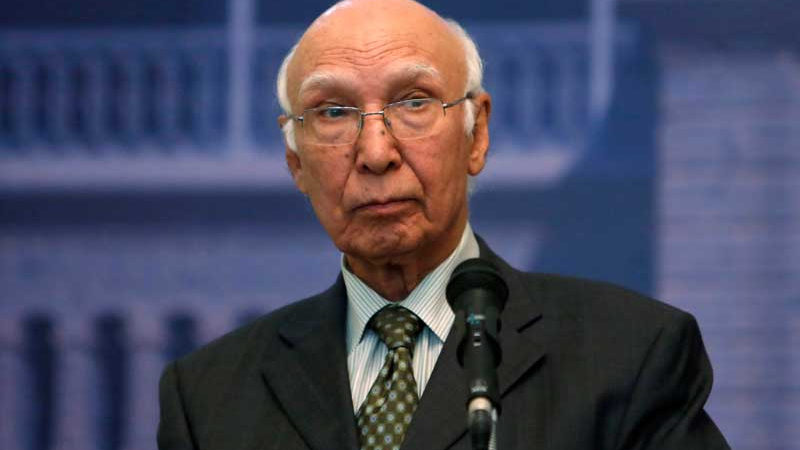 In an interview with the BBC, Sartaj Aziz, Pakistan s national security and foreign affairs adviser to the prime minister, said that Pakistan stands on the right side keeping in view the kind of alliances being forged in the world today, Media News reported.

Answering another question, Sartaj Aziz said that the perception that Pakistan has been isolated internationally is wrong and termed it as propaganda as Pakistan enjoys good relations with China, Russia and Middle East countries.

Talking about Kashmir, Sartaj Aziz said that the issue is to be resolved by the people of Kashmir, not the world and added that those who can shed their blood for a just cause willingly can t be subdued by any power.

He said that the cooperation between US and India is increasing very rapidly because Washington is acting on its policy to contain China s growing influence in the region. He said that terrorism has declined in Pakistan in the past three years whereas it is on the rise across the world.