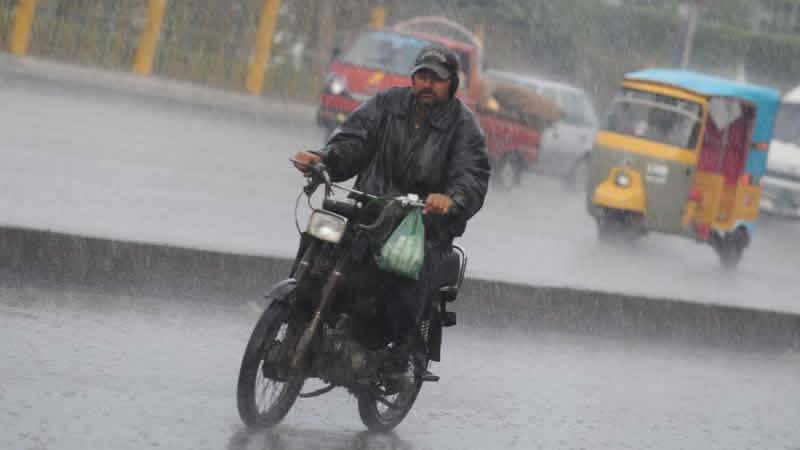 Two men were killed separately when walls of houses in Civil Lines and Manghopir fell on them. Two others were electrocuted in New Karachi and Gulshan-e-Maymar areas in separate incidents. Weather had turned pleasant in Karachi for most of the people, while brought tears to many others as rains lashed across the city on Sunday morning.

Downpours lashed several areas of the city including Liaquatabad, Saddar, Malir, Gulshan-e-Iqbal, Gulistan-e-Jauhar and Karachi Airport. Amid strong winds, a new system of monsoon entered the city on Saturday afternoon and Pakistan Meteorological Department has stated that the latest rain spell would continue in Karachi until Monday.

Mentioning poor visibility reasons, flight operations were also put on hold at the city’s airport for a brief period during several arrivals were diverted to alternatives routes.