10 Important And Fascinating Angels You May Never Knew About Them 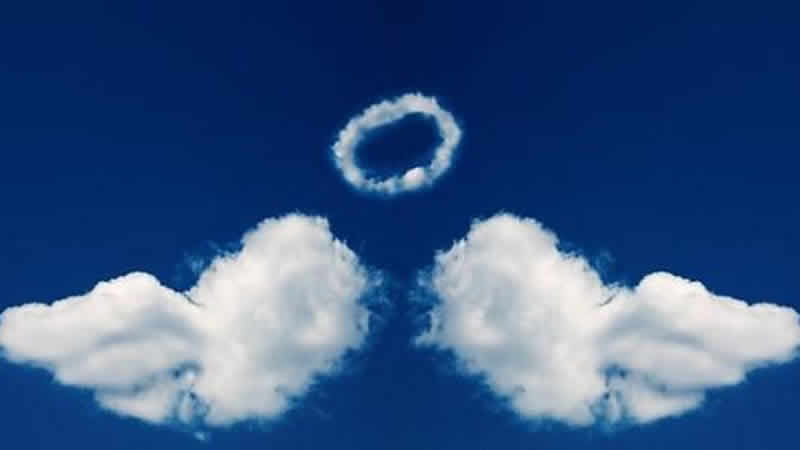 Angels are an existent, yet overlooked aspect of many religions. For example, most Christians can tell you about the angel that appeared to the Virgin Mary, but they probably don’t know the name of the angel. The following is a list of 10 important and fascinating angels who appear in Judaism and Christianity.

The angel who betrayed all of humanity–Gadreel. He is one of the more obscure angels but is arguably one of the most important. It is a common misconception that Lucifer is the serpent who corrupted Hawwah (Eve). The Book of Enoch implies that Gadreel is the angel who took the form of a snake and ultimately led Hawwah (Eve) astray. Not only did he deceive Eve, but he also brought weapons to mankind. The Book of Enoch specifies these weapons as the shield and the breastplate, as well as the sword for slaughtering. However, this isn’t where his evils end. It is said that, since presented with the weapons of death, humans have engaged in combat ever since. It is evident from these acts that he collaborated closely with Lucifer in the angelic rebellion. Gadreel becomes a fallen angel when he is cast down from Heaven with the other four satans.

Penemue is actually the fourth of the five satans described in the Book of Enoch, after Gadreel. He taught mankind the highs and lows of life, as well as how to utilize their wisdom, newly-found from the Tree of Knowledge. Humans learned the use of ink for writing on paper from Penemue, and mankind was not intended to learn the ways of writing. The Book of Enoch states that men were created to be the equal of the angels, as long as they remain righteous and pure. If these criteria are met, then humans will not be affected by death. When Penemue taught the humans how to utilize knowledge, mankind was exposed to the bitters of life and no longer lived in innocence. Humans became impure and death began to consume and destroy them. Therefore, according to the Book of Enoch, it is because of the fallen angel Penemue that humans can slip into the grip of death.

The last four angels are not archangels, but rather angels who were cast down from Heaven because of their actions. Yequn is the first of the four satans, that will be discussed. In this context, ‘satan’ is not in reference to Lucifer, but rather a bringer of evil. He is the angel who led the sons of angels to dry ground and used the daughters of men to corrupt them. Yequn did not hatch this plan alone, however, Asbeel is often considered his partner-in-crime. The Book of Enoch says Asbeel was the one who presented angels with a plan to corrupt their bodies with the human women. The angels followed through with this, and thus the Nephilim race came into being. Nephilim are creatures who were half angel and half human. These creatures dominated the world, and were such an abomination that God sent the Great Flood to destroy them. After this, Yequn and Asbeel are cast down from Heaven and are officially considered fallen angels.

Rophe and Rapach are two Hebrew words from which archangel Raphael might derive his name, meaning “medicine doctor” and “God heals the soul” respectively. These names are quite appropriate for the Angel of Healing. He is one of the only three archangels who is called by name in the Bible, the other two being Gabriel and Michael. The Book of Tobit is where Raphael makes his big debut. He disguises himself as a human and goes on an adventure with Tobiah, the son of Tobit. The goal of this journey is to heal Tobit’s blindness and save Sarah, who is set to be the wife of Tobiah, from Asmodeus, a demon. Asmodeus murdered every man Sarah married before the consummation of the marriage could occur. With the help of Raphael, Tobiah safely entered into his marriage with Sarah. Raphael is given credit for restoring Tobit’s sight, as well as driving the demon from Sarah. Not only is Raphael the Angel of Healing, but he is also the patron saint of travelers, the blind, nurses, and other medical workers.

Ever wonder which angel was the one who spoke to the Virgin Mary? Search no more, for the archangel Gabriel is who told Mary she will conceive Jesus. He serves as a messenger for God and appears periodically in the Bible. Initially he appears to the prophet Daniel in a dream to assist in interpreting his visions. Gabriel appears a second time to Zacharias, telling him that his wife Elisabeth will bear a son. This son later becomes John the Baptist. The last time Gabriel appears is to Mary, to tell her that she will conceive a son, and that he will be called the Son of the Highest. Gabriel was met with fear in all three encounters, and he dealt with this fear by offering words of comfort. However, this is not the full extent of Gabriel’s duties. He is often recognized as the angel responsible for blowing the trumpet of God, which tells of the Lord’s return to earth.

Now we move from the Light of God (which is a rough translation of Uriel) to something a little darker, Azrael, the archangel of death. Despite his job, Azrael is characterized as one of the nicest angels, being soft-spoken and patient. In a way, Azrael pulled the shortest stick. Not long after his creation, Azrael was handed the Word of Death and was instructed to track human souls after their death. In his research, he discovered that some of these souls were clinging to the corporeal plane and remaining there as ghosts. Pagan worshippers were led into the domains of spirits. However, the most shocking discovery was that some souls were ostracized, with only the nether-realm taking them in. It was here where demons would torture these souls, and soon became known as Hell. Azrael brought the existence of Hell to the attention of Heaven, and was then promoted to archangel.

Here we have another mysterious archangel, the Angel of Wisdom, Uriel. Remember Metatron? Uriel guided the prophet Enoch, who later ascended to Heaven to become Metatron in one of the versions. Not only did he guide Enoch, but he also protected mankind from some fallen angels in the Book of Enoch. Uriel appears frequently in Christian and Jewish holy books, often playing the hero. He answers questions the prophet Ezra has for God, warns Noah about the Great Flood, prevents King Herod’s men from murdering John the Baptist, assists John and his mother in joining Jesus, and many other things. During Passover, Uriel is the angel who ensures there is lamb’s blood around the doors of Egyptian homes. These are just a few of the miscellaneous duties that Uriel performs. Not only does Uriel play the role of an archangel, but he is also the patron saint of arts and sciences and confirmation for many Christians.

Perhaps the most famous angel, Lucifer has earned quite the bad reputation. He gets his name from the Hebrew word for brightness, helel. This is makes an interesting connection with the nickname “morning star.” There are times in the Bible when angels are referred to as stars. For example, Isaiah 14:12-14 describes Lucifer’s intentions, “You said in your heart, ‘ I will ascend to Heaven; I will raise my throne above the stars of God; I will sit on the mount of assembly on the heights of Zaphon; I will ascend to the tops of the clouds, I will make myself like the Most High.” In this we are hearing that Lucifer wishes to rise above the angels and claim the power of God for himself. It was this reason why he was cast out of Heaven, he refused to be subservient to God. After being expelled from Heaven, Lucifer became associated with the names Satan and Devil.

Michael is one of the more famous archangels. Like Metatron, one of the reasons Michael is so interesting is because he maintains a sense of mystery. What makes Michael so mysterious is the way he is represented in the Bible. While the Old Testament presents Michael as a prince, the New Testament depicts Michael as an archangel. However, the more you read into the scripture, you discover that it is likely that Michael is Jesus Christ himself. Although, Catholicism also assigns Michael four main responsibilities that are typically associated with angels rather than Jesus, one of which is to lead the Army of God and all of the angels. With that comes the responsibility of being the frontrunner of all Christians and the Church. The other responsibilities of Michael go hand-in-hand: calling earthly men to their Heavenly judgement, and escorting saved humans to Heaven. Although Michael’s duties are made clear in Catholicism, the different portrayals of his nature lead to confusion and a sense of mystery surrounding him.

No, I am not referring to the “Scribe of God” on the popular TV Show “Supernatural.” Although, it is said that Metatron’s job is to act as God’s scribe. The story of Metatron is one of the reasons he is so interesting. In one version of the myth, Metatron is a highly ranking angel who was created by God to endure the burden of many responsibilities. Another version of the myth states that Metatron was not always an angel. He began his life as a human (Enoch), who ascended to Heaven many times and was converted into an archangel. Both of the myths depict Metatron as an extremely important angel. He is often portrayed as holding immense wisdom and power, so that he is only second to God. However, Metatron is never mentioned in the Bible and all of these myths are speculation. The idea of Metatron stems from the “Babylonian Talmud,” in which he is mentioned three times.