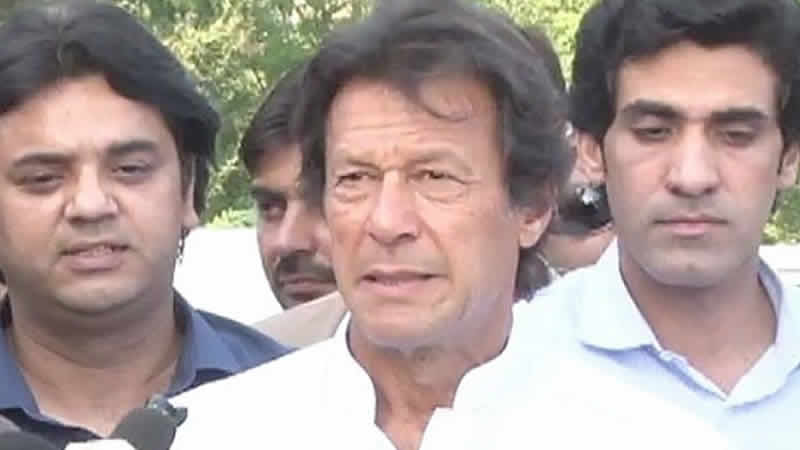 Chairman of the Pakistan Tehreek-i-Insaf (PTI) Imran Khan has said that peace in the city can only be restored by putting trust on police because what they can achieve in Karachi, Rangers cannot.

Police departments in Sindh and Punjab have been completely ruined under the current Pakistan Muslim League-Nawaz (PML-N) leadership said, Imran Khan while accusing the federal government of their wrong policies for which, he thinks, Pakistan has been suffering. The PTI chairman, who was in Karachi on a brief visit, firmly believed police are more capable of restoring peace and improving law and order in Karachi as compared to any other law enforcement agency (LEA) including Rangers.

Talking to media representatives on Saturday, he said despite making good progress in the ongoing Karachi operation, Rangers cannot achieve what police can in the city. However, he added that recruitments in police based on political grounds and favouritism has messed up the entire department in most parts of the country. While admitting situation in the metropolis was changing, he asked Rangers officials to arrest the assailants of the famed qawwal Amjad Sabri, who was gunned down on June 22, at the earliest.