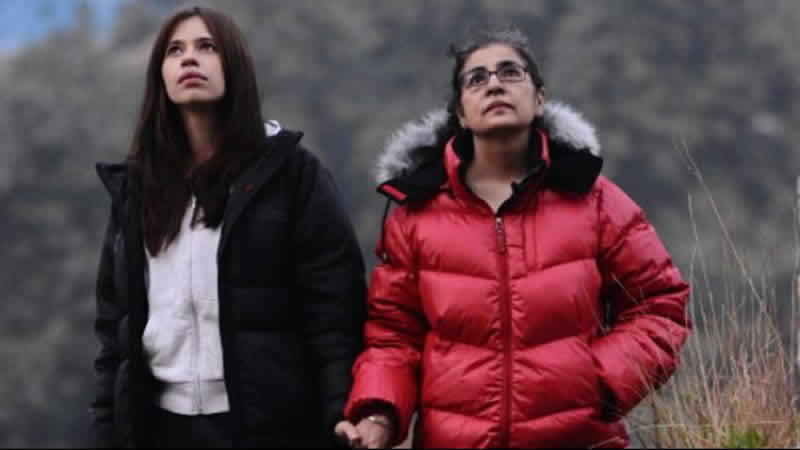 Kalki Koechlin teams up with Pakistani filmmaker in documentary

Bollywood actor Kalki Koechlin has teamed up with Pakistani filmmaker Sabiha Sumar of Vidhi Films for upcoming short documentary. This is according to the Indian- magazine Mumbai Mirror.

The 32-year-old actor has featured in the trailer of the documentary, Azmaish: Trials of life, which see them travel across Pakistan and India to explore the lifestyle, religious dynamics and extremism.

Kalki caused quite a stir when she was found to have made a secret visit to Pakistan in January earlier this year. She was seen posing on social media in pictures taken in Karachi and with politician Sharmila Farooqi. It was unknown whether she was in Pakistan for a personal visit or a project. Now, we know the reason for the visit. Kalki also travelled to Tharparkar and other parts of Sindh and to the federal capital Islamabad.

Sabiha Sumar is an award winning film maker whose film Khamosh Pani (Silent Waters) won several awards. She also co-produced Oscar-winning documentary Saving Face by Sharmeen Obaid-Chinoy. She directed Dinner with the President: A Nation’s Journey which was broadcast in 200 countries around the world. Sumar said that she desired to make the film for more than three years. It only saw the light of day when it was selected for the Eurovision Documentary Group Meeting in 2015 which is the pitching session of the European Broadcasting Union (EBU). They raised funds from Danish, French and other European broadcasters.

Sumar said that she selected the locations to work for in Pakistan, while Kalki picked up the locations in India. Kalki was very excited to be part of the film and to visit Pakistan earlier this year. There are very few films of this magnitude which project India and Pakistan together in a positive light and are made by women. The idea was to capture how two women feel the pulse of the two countries’ she said.

‘Kalki picked out the Indian locations along with our research team. We shot in a Mumbai local, in a truck in Sindh and played Holi with the fishermen community in Mumbai, said Sumar. However the film is yet to be shot completely and is facing budget issues as it is a features two countries and productions costs are extremely high. The filmmakers have taken to crowd funding where donors will access to stills from the film.