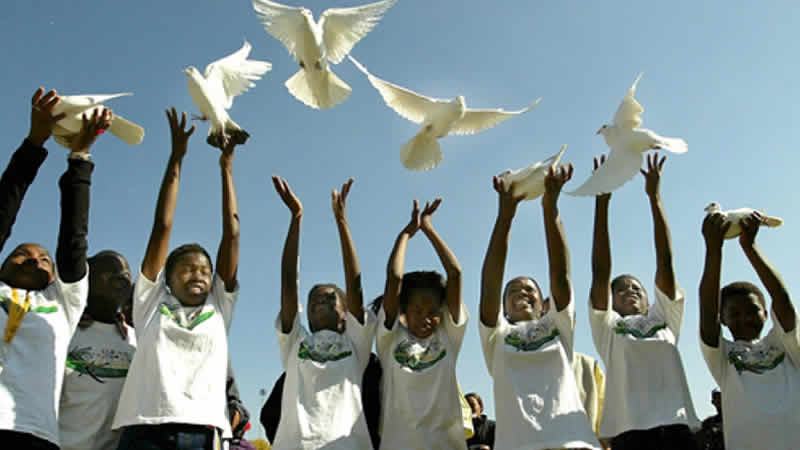 Decades of neglect and underinvestment have damaged the health of 10-to-24-year olds worldwide and could hold back future generations, according to a major report published Tuesday.

Even as global efforts have significantly improved the wellbeing of children aged five and under, adolescents  defined in the study as people aged between 10 and 24  have fared less well.

Mortality rates in this age group  numbering 1.8 billion, one in four people on the planet  have declined more slowly, and the leading causes of death, including traffic accidents, suicide, violence, tuberculosis and drowning, have remained stubbornly persistent. Nor has there been much change in the top risk factors for death, including disease-ridden drinking water and inadequate sanitation. The fastest-growing health risk from 1990 to 2013, the period covered by the study published in medical journal The Lancet, is unsafe sex. Nine out of ten adolescents live in developing countries, where these dangers loom larger. Two-thirds of young people are growing up in countries where preventable and treatable health problems like HIV/AIDS, early pregnancy, depression, injury and violence remain a daily threat,” concluded the report.

Alcohol tops the list of risk factors for 20-24 year olds accounting for an estimated seven percent of health costs worldwide for the age group followed by drug use. The report, led by a consortium of four major research centres, said the findings  the first of their kind  should be a wake-call to governments and policy-makers. Led by George Patton of the University of Melbourne, the authors call for massive investment they say will yield triple benefits: for young people today, for their later years as adults, and for their children. This generation of young people can transform all our futures,” Patton said in a statement. “There is no more pressing task in global health than ensuring they have the resources to do so.”

Investment should target not just health directly, but also education, Patton’s commission concluded. Adolescence is a critical time of growth, both biologically and socially. Puberty triggers a cascading process of brain development and emotional change that continues through the mid-20s,” Patton explained. It profoundly shapes health and wellbeing across the life-course.” In a companion study, also in The Lancet, researchers at the Institute for Health Metrics and Evaluation at the University of Washington provide detailed metrics on what afflicts and kills young people today. HIV/AIDS, road accidents and drowning cause a quarter of all deaths in 10-14 year olds, they found, with intestinal diseases, respiratory infections and malaria accounting for another 21 percent.

Accidents are also the top killer among both 15-19 year-olds and 20-24 year-olds, followed by suicide and violence. Tackling these problems “will bring huge social and economic benefits,” said Ali Mokdad, lead author of the statistical study. In a comment on the report, also in The Lancet, UN Secretary-General Ban Ki-moon described young people as “the world’s greatest untapped resource”. Improving their health is crucial to fulfilling the UN’s Sustainable Development Goals, long-term targets adopted the world’s nations last year to end poverty, promote health and protect the environment, he said.