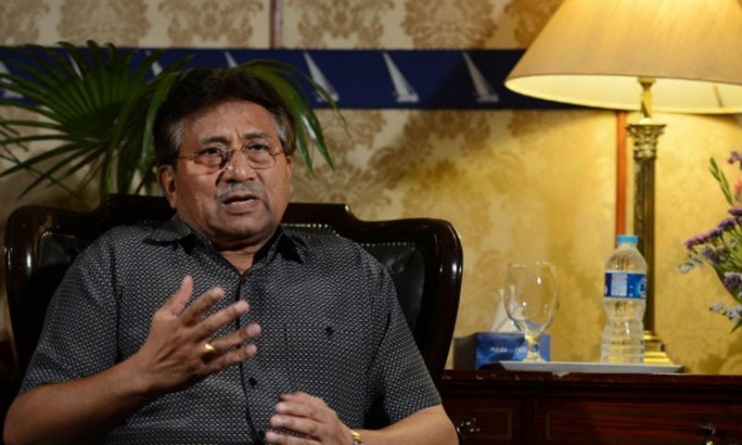 Defence lawyers in the high treason case against former president retired General Pervez Musharraf told a special court on Monday that the government allowed the defendant to leave the country by “relaxing the rules”.

An application filed by retired Maj Gen Rashid Qureshi claimed that the federal government had the power to restrict the movement of the accused, which “has not been exercised” in this case.

Gen Qureshi  a former spokesperson for Gen Musharraf  has also filed an application to swap the property he pledged as a surety bond to ensure the defendant’s presence during the treason trial. The court had attached the registry of his house, located in Islamabad’s Sector E-11, but he wanted the court to release the registry and replace it with prize bonds worth Rs2.5 million. In the application, Gen Qureshi insisted that he was not solely responsible for regulating the movement of his former boss, and the government was also charged with monitoring his movements. According to the application, “Exit from Pakistan (Control) Rules 2010 provide a complete mechanism for the situation, which needs to restrict movement of any person from going abroad.”

However, the application claimed that the federal government did not invoke the relevant provisions of the rules to stop Gen Musharraf from leaving the country. It noted that the superior judiciary “did not put any restriction on the movement of the accused in spite of having full and complete knowledge of the order of the special court”. In February of this year, the special court had summoned Gen Musharraf to record his statement, but the accused left the country the following month after the government removed his name from the exit control list (ECL). Interior Minister Chaudhry Nisar Ali Khan had, while announcing the removal of Gen Musharraf’s name from the ECL, said that he was being allowed to leave country in the light of superior court orders. Gen Qureshi, in his application, pointed out that the five-member bench of the apex court which upheld the removal of Gen Musharraf’s name from the ECL did not place any restrictions on his movement.

“It is further submitted that the accused has not absconded or left with the object to defeat the process of the court, but left the country after getting permission (from the government) and removal of his name from the ECL, as ordered by the superior courts,” the application stated. However, it expressed the hope that he (Gen Qureshi) “firmly believes that the accused will be back as soon as he becomes medically fit.” In the concluding paragraphs, the former military’s spokesman submitted that he “is a retired army officer who stood surety in consideration of sympathy, kindness and fear of God and he has not gained any monetary benefit from the accused (Gen Musharraf) in any manner whatsoever. He has no other income but only limited resources including the property he rendered as the bond of the accused.” He requested that the court not forfeit the property he had pledged as surety bond for the accused.

During proceedings on March 31, the special court had remarked that in case Gen Musharraf did not appear, the court may order the surety bond as forfeit. The defence team also filed another application, asking it to dispense with the personal attendance of Gen Musharraf, saying that the former military ruler would return after he had recovered. The application states that Gen Musharraf left the country “after getting permission from the Supreme Court and with the consent of the complainant i.e. interior ministry, the respondent’s (Musharraf’s) name was removed from the ECL and he proceeded to abroad for his medical treatment where he had consulted with his doctors.” The special court will resume hearing the treason case on Tuesday (today).