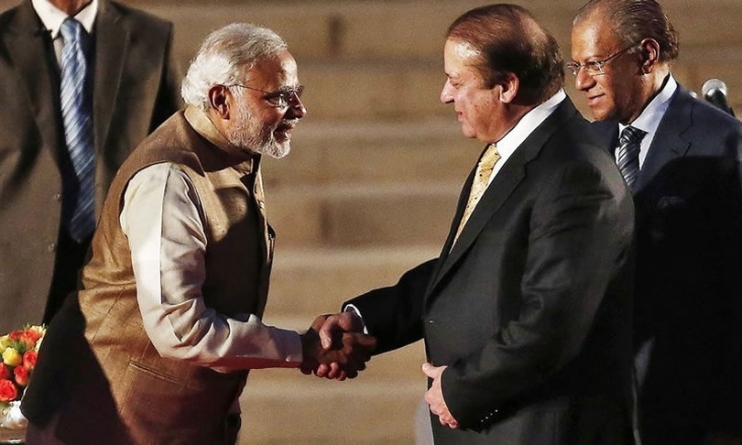 “I would like to reiterate India’s desire to build good neighbourly relations with Pakistan. India remains firmly committed to resolving all outstanding issues with Pakistan through a peaceful bilateral dialogue in an atmosphere free from terrorism and violence,” Mr Modi said in his message.

The message comes as the two countries take steps to get past a setback caused by the Pathankot attack and are readying to move on with the dialogue agreed between them when PM Modi made a surprise stopover in Lahore on Dec 25.

Read More: Nawaz, Modi to Meet in Russia on July 10

A team of Pakistani investigators is set to visit India from Sunday for collecting evidence related to the attack. Adviser on Foreign Affairs Sartaj Aziz delivered last week the invitation for PM Modi for the coming Saarc Summit, to be hosted by Pakistan, to Indian External Affairs Minister Sushma Swaraj on the sidelines of a Saarc foreign ministers’ meeting in Nepal.