A Second Wall Of Kindness Set Up In Karachi 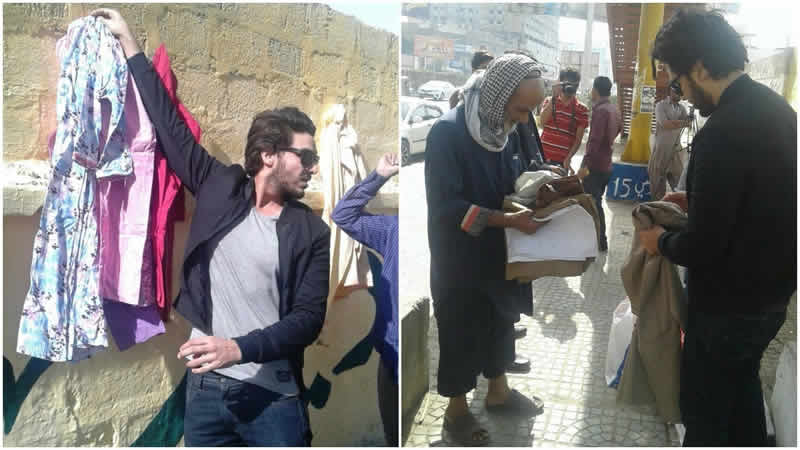 Deewar-i-Meharbani or the Wall of Kindness-a charity initiative introduced in Iran before being replicated in major cities of Pakistan-was established on M.A. Jinnah Road on Wednesday.

The organisers say the project will be expanded to other parts of the city.

Deewar-i-Meharbani is a place where people are allowed to leave the goods they do not need so that the less privileged can pick them. It was launched here with the collaboration of renowned actor Ahsan Khan and the Jafria Disaster Cell (JDC). Around 3,000 pieces of clothes were donated by those who no longer wanted them and picked up by the needy on the very first day.

So we two [Ahsan Khan and JDC] teamed up and set up the wall on main M.A. Jinnah Road. On the very first day we arranged 3,000 pieces of different stitched clothes which were availed by the people who needed them.” He said the initiative would not only help out the needy but would also inspire individuals and different organisations to come forward and contribute in the project. “We plan to set up more such walls in different parts of the city and we will also organise a Sunday bazaar where the people will be offered daily commodities free of cost.”