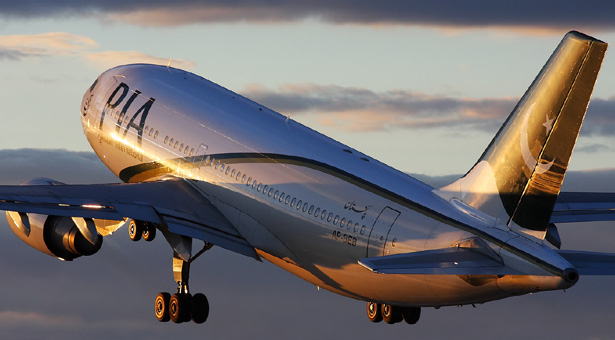 Secretary Privatisation Commission Ahmed Nawaz Sukhera on Tuesday confirmed that the government was moving ahead with the privatisation of the Pakistan International Airlines (PIA).

He said all queries about the process would be answered after the financial adviser finalises the transaction structure of the airlines. “Currently, it is under consideration to bifurcate PIA into core and non-core businesses.

The core business will comprise PIA flight operations, landing and handling, kitchens, training and education, engineering and healthcare, which will be handed over to the strategic investor,” Mr Sukhera said. “The non-core business such as real estate and hotels would not be handed over to the strategic partner.” The secretary was briefing the National Assembly standing committee on finance in the Parliament House. The meeting was chaired by Qaiser Ahmed Sheikh of the ruling PML-N. The official said a report compiled by the FA would be sent to the PC board and subsequently to the cabinet committee on privatisation for a final decision. He informed the committee that the non-core business of PIA included real estate assets such as Roosevelt Hotel in New York, a hotel in Paris, other hotels and an engineering complex in Karachi.

“But these would not be handed over to the strategic partner when the airlines is privatised,” he added. He said the transactional structure of the PIA would be finalised once the Senate approves the PIA bill. The National Assembly has already passed the bill. The officials faced a barrage of questions from the members belonging to PTI and PPP. Over the repeated failure of the officials to answer some of the queries, Asad Umar of the PTI staged a walkout. Mr Umar had asked about the reasons behind the jump in the PIA losses. He said the accumulated losses of the national flag carrier stood at Rs34 billion in 2007 and jumped to Rs254 billion in seven years. “Why they cannot answer even a simple question? Either they are incompetent or hiding something,” he said while walking out of the committee room. However, Dr Nafisa Shah of the PPP continued grilling the officials. “Will the strategic partner bear the losses worth around Rs255 billion of the PIA,” she asked.