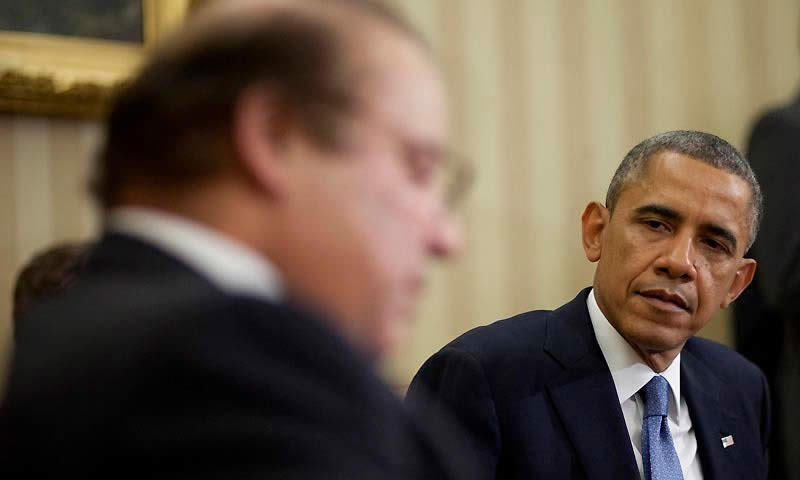 The Obama administration is seeking $859.8 million for Pakistan in its budget proposals for fiscal 2016-17. The proposed amount reflects a gradual decrease in US financial assistance to Pakistan. In 2015-16, the administration sought $917 million while in 2014-15 it sought one billion dollars, which also was a 0.2 per cent decrease from 2013-14.

Justifying the money it sought for the next fiscal year, which begins on Oct 1, the administration informed the Congress on Tuesday afternoon that Pakistan “lies at the heart of the US counter-terrorism strategy, the peace process in Afghanistan, nuclear non-proliferation efforts, and economic integration in South and Central Asia”.

The administration argued that the funds it was seeking for Overseas Contingency Operations (OCO) in Pakistan “will support temporary positions critical to US activities”. The proposed funding will help sustain cooperative relationships with Pakistan and will help “disrupt, dismantle and defeat violent extremist groups”, said a document the US State Department sent to Congress. “The requested funding will also support the country’s counter-insurgency missions, and bolster stability, energy access, economic growth, and social reform.” The proposed assistance includes $265 million from the Foreign Military Funding (FMF). “Given the ongoing transition in Afghanistan and continued terrorist attacks against civilian and military targets throughout Pakistan, FMF is essential to Pakistan’s efforts to increase stability in its western border region and ensure overall stability within its own borders,” the State Department said. “The FMF OCO request for Pakistan in FY 2017 will enhance the Pakistan Army,

Frontier Corps, Air Force, and Navy’s ability to conduct counter-insurgency and counter-terrorism operations against militants throughout its borders, especially in the Federally Administered Tribal Areas and Khyber Pakhtunkhwa.” The assistance will also “improve Pakistan’s ability to deter threats emanating from those areas, and encourage continued US-Pakistan military-to-military engagement,” the document added. There is a separate request for increased funding for polio programmes in Pakistan, which were previously requested and funded under the Economic Support Fund account. The administration informed the lawmakers that $400 million of economic support (ESF) and OCO funding would support US strategic objectives in the region, including combating terrorism and violent extremism and increasing security, growth and stability within Pakistan and the broader region. The document sent to Congress also emphasised the need to continue supporting Pakistan’s efforts to address “its debilitating energy crisis, which remains the highest civilian assistance priority for both the US and Pakistan governments”.

World powers agree on ‘cessation of hostilities’ in Syria

World powers agree on 'cessation of hostilities' in Syria