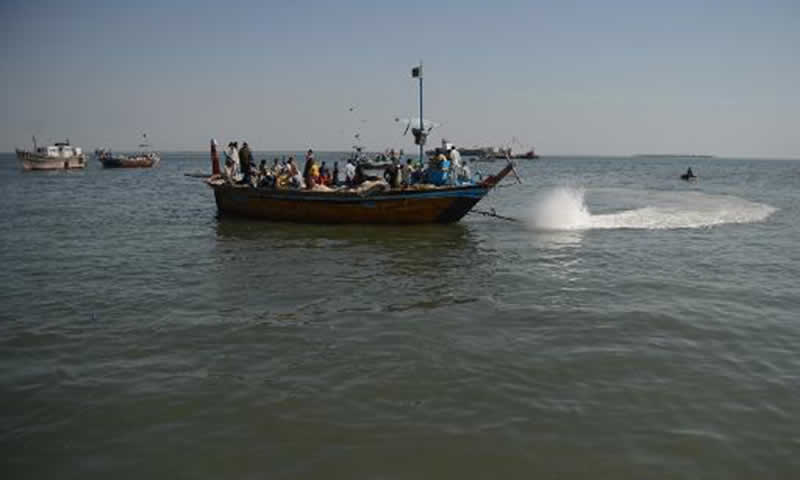 Violating Pak­istan’s sea boundaries, an Indian Navy ship entered near the Kajhur Creek along the coastal district of Sujawal in the early hours of Sunday and forcibly took away a Pakistani fishing boat along with 11 fishermen.

Residents of Yousif Katiyar village told Dawn that Al Shehbaz boat owned by one Dilbar Katiyar was in the Kajhur Creek when the Indian ship with a heavy contingent of navy personnel on board got hold of it.The Indian personnel manhandled the fishermen and took them away along with their boat, the villagers said. Three children were among those taken away, they added.