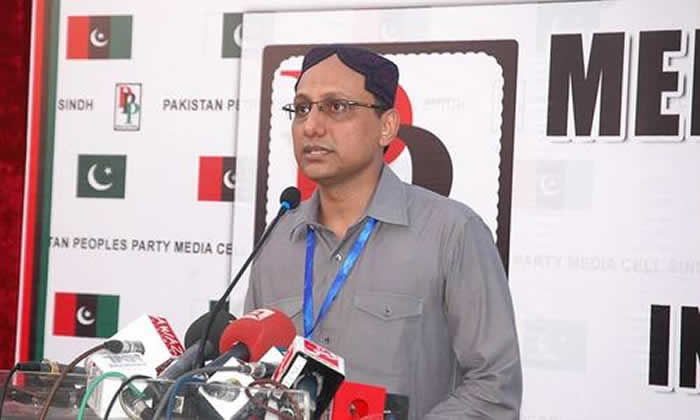 The main opposition PPP is determined to give a tough time to the government when it presents the controversial PIA bill to the Senate again.

The Pakistan International Airlines Corporation (Conver­sion) Bill, 2015, seeking to convert the national flag carrier into a public limited company, was passed by the National Assembly last week amid the opposition’s protest and walkout.

On Dec 5, the government had introduced the law in the form of a presidential ordinance, but it stood repealed after the opposition-dominated Senate passed a disapproval resolution on Dec 31. The resolution had been moved by the PPP’s Saeed Ghani on behalf of 52 senators from both sides of the aisle under Article 89(2) of the constitution. It carried signatures of senators belonging to the PPP, Mutta­hida Qaumi Movement, Awami Nati­onal Party, Pakistan Tehreek-i-Insaf, PML-Q, Balochistan National Party-Awami and Jamaat-i-Islami as well as some independent senators. Members of the Pakhtunkhwa Mili Awami Party, a partner of the ruling coalition, had also put their signatures on the resolution. Talking to Dawn here on Monday, the PPP’s parliamentary leader in the Senate, Saeed Ghani, said his party would soon contact other parties to devise a joint strategy to counter the government’s move to get the bill passed through the upper house of parliament.

Mr Ghani said the PPP was not against steps aimed at improving the state of affairs in the PIA, but it would not allow the rulers to privatise the airline, come what may. Mr Ghani, however, refused to give a categorical reply when asked whether the opposition parties would straightaway reject the bill at the time of its introduction in the Senate. “It is too early to make any such announcement. We can suggest amendments to the proposed law,” he said. Mr Ghani was of the view that the government had no other option, but to seek cooperation of the opposition parties if it wanted to get the proposed law passed smoothly from the Senate. Leader of the House Raja Zafarul Haq said the government was ready to talk to the opposition on the issue. He, however, said it seemed the opposition parties would not listen to the government as they had their own “political agendas”. In that scenario, he said, the government had been left with no other option, but to present the bill before a joint session of parliament after its possible rejection in the Senate.