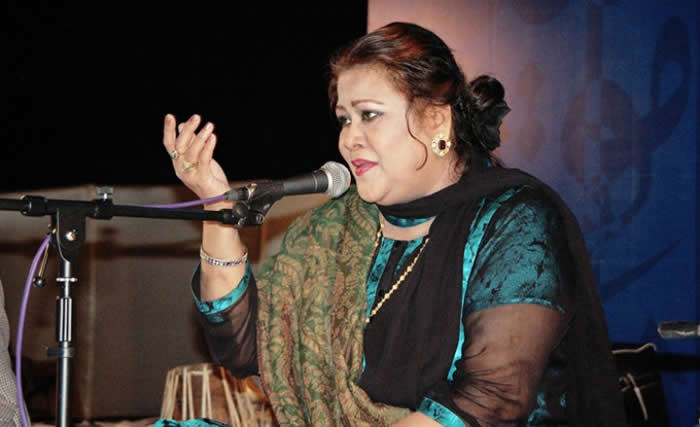 The third death anniversary of legendary Pakistani singer Mehnaz Begum is being observed today (Tuesday). Nehnaz was born in 1958 and received initial training in music from her mother Kajjan Begum‚ a distinguished singer.

Mehnaz entered film industry as a playback singer in ‘70s and became an instant hit due to her mellifluous voice.

Her control over ‘sur’ instantly made her popular among music composers and moviegoers. She sang a variety of genres but specialized in ghazal, thumri, dadra, khayal and reciting salam, noha and marsiya. Mehnaz sang over 2‚500 songs for radio‚ television‚ and films. Mehnaz sang many hit and evergreen songs like ‘Mujhe dil se na Bhulana’ from film ‘Aina’,

‘Kyun Roi Shehnai’ from ‘Haider Ali’ and ‘Do Piyase Dil Ek Huay’ from ‘Bandish’. ‘Surrayya Bhopali’ was among the first films that Mehnaz sang for and Zeba Bakhtiar’s ‘Babu’ was her last film as a playback singer. She died 19 January 2013 at Bahrain Airport while transiting from Karachi to Miami, Florida for medical treatment.