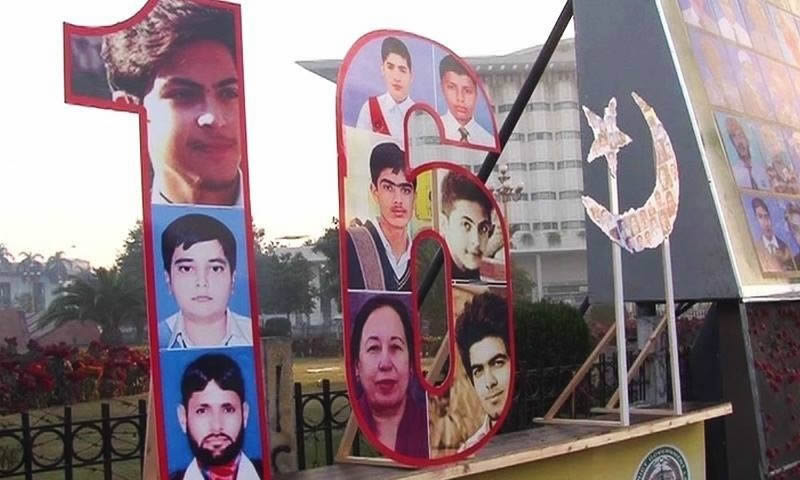 As the nation marks the first anniversary of Peshawar’s Army Public School (APS) massacre on Wednesday, the top civil and military leadership will honour those who lost their lives in the attack in a sombre ceremony at the school.

Chief of Army Staff General Raheel Sharif and Prime Minister Nawaz Sharif, along with the chief ministers of Sindh, Punjab, Khyber Pakhtunkhwa, Balochistan, Gilgit Baltistan and premier of Azad Jammu and Kashmir will attend the ceremony at APS.

Ambassadors of several countries along with services chiefs and provincial and federal ministers will also attend. An award ceremony will be the event’s main highlight, where parents of the deceased will be given medals by the army leadership. Survivors of the massacre will also be awarded medals for their bravery.A ‘Martyrs Monument’, installed at the school, will be inaugurated at the event and an opening ceremony will be held for the newly-built school auditorium. Pakistan Tehreek-i-Insaf (PTI) Chairman Imran Khan commemorated the horrific attack in a series of tweets, expressing resolve against terrorism and extremism. In preparation for the ceremony, security across the provincial capital was beefed up with heavy military deployment on Warsak Road, the main thoroughfare leading up to the Army Public School.

Over 2,000 policemen have been deployed at various checkpoints across the city, particularly close to the school’s vicinity in case of a terrorist attack. Meanwhile, families of children killed or wounded in the attack accuse the local government of breaking its promises of medical treatment and justice. Victims’ relatives say they will attend the official anniversary commemoration on Wednesday, but vowed to pressure the authorities to deliver on their commitments. The Khyber Pakhtunkhwa government has announced a public holiday for all educational institutions across the province on Wednesday. Rallies and vigils have been planned across the country in order to mourn the deadliest attack to hit Pakistani soil.