Facebook’s Zuckerberg to give 99pc of shares to charity 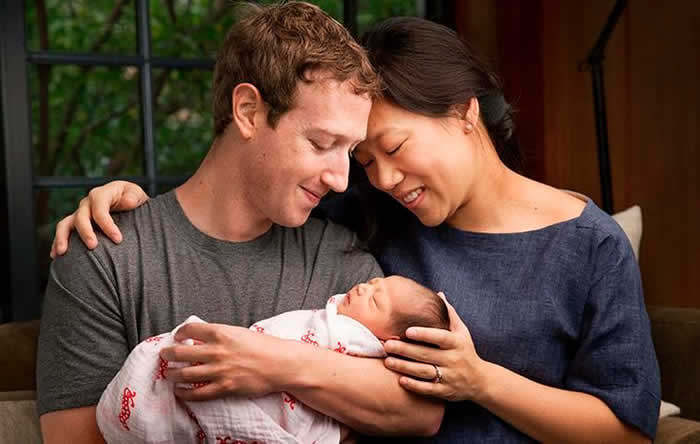 Facebook's Zuckerberg to give 99pc of shares to charity

Facebook Inc Chief Executive Officer Mark Zuckerberg and his wife said on Tuesday they will give away 99 percent of their Facebook shares, currently worth about $45 billion, to a new charity in a letter addressed to their daughter, Max, who was born last week.

The plan mirrors a move by other high-profile billionaires like Warren Buffett and Bill and Melinda Gates, who have pledged and set up foundations to give away their fortunes to charity.

On his Facebook page, Zuckerberg posted a photo of himself, his wife, Priscilla Chan and their new daughter, Max, along with a post entitled ‘A letter to our daughter.’ In the 2,220-word letter, Zuckerberg and Chan touched on issues including health, education, Internet access and learning before announcing the Chan Zuckerberg Initiative, which aims to “advance human potential and promote equality.” Zuckerberg, 31, and Chan said they plan to give away 99 percent of their Facebook shares over their lifetimes to advance the initiative, which was formed as a limited liability company controlled by the two. It will begin by focusing on personalised learning, curing disease, Internet connectivity and community building. Max Chan Zuckerberg was born early last week, though Facebook did not specify her birth date, and weighed 7 lbs 8 ounces at birth. Last month, Zuckerberg announced he would take two months of paternity leave after the birth of his daughter.

Chan and Zuckerberg have so far committed $1.6 billion to their philanthropy. They have given several donations this year, including to public schools, initiatives to bring better wireless Internet access and to San Francisco General Hospital, where Chan works as a pediatrician. When Zuckerberg was 26, he signed the Giving Pledge, under which the world’s wealthiest individuals and families commit to give more than half of their wealth to philanthropy or charitable causes over their lifetime or in their will. Zuckerberg said he still plans to remain CEO of Facebook for “many, many years to come,” and Facebook said Zuckerberg is expected to be the controlling stockholder of the company for the foreseeable future. He has committed to give away up to $1 billion of Facebook stock each year for the next three years, the company said. Zuckerberg and Chan said they will share more details when they return from their maternity and paternity leaves.