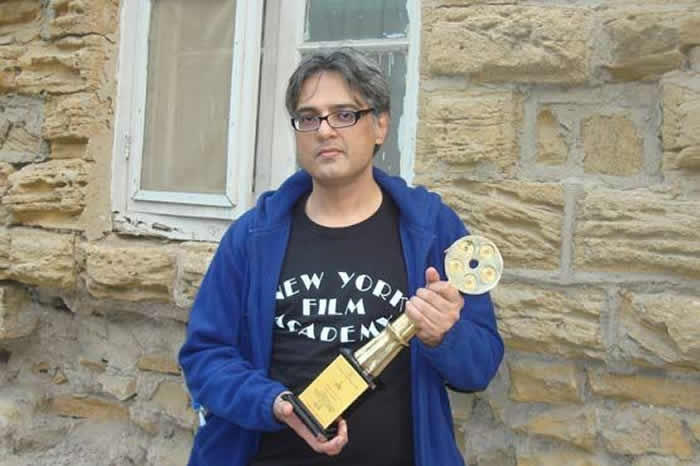 Pakistani director Khalid Hassan has decided to return his Delhi International Film Festival (DIFF) award over the growing intolerance and extremism in India.

The director announced the move in protest against the  growing intimidation of Bollywood stars in India .

Khalid Hassan has said that an award may be won tomorrow, but freedom of expression is important. Last year his film ‘Hotal’ won an award in the Delhi International Film Festival.  Ram Kishore Parcha, founder president of DIFF, fuming at the  insult  has said, “This is very insulting. Whatever is the situation in our country,

we will deal with it, who are you? We have awarded you because you have done good work, returning an award is an insult. It means we have taken a wrong decision in awarding you.” Dozens of Indian artists, filmmakers, poets and scientists and literary elites have returned their awards to protest the extremist acts of violence prevailing in the country.