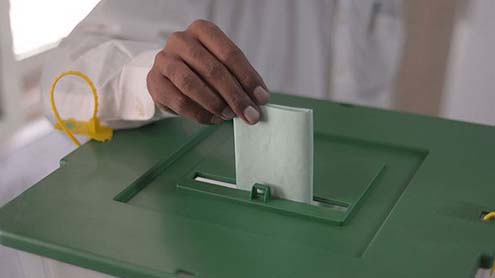 Polling for the second phase of local bodies’ elections has started in 12 districts of Punjab and 14 districts of Sindh under strict security. Polling began at 7:30am early this morning to continue for ten hours till 5:30pm. According to Election Commission, expiry of CNIC does not invalidate the voters from casting votes.

Talking to media after attending a meeting to finalize the arrangements for local government elections, Secretary Election Commission of Pakistan Babar Yaqoob said that Local Government Elections has been postponed in 81 Union Councils (UCs) including five Municipal Committees, 18 Town Committees and 58 Union Councils of different parts of Sindh. He said the election in all these Union Councils had been postponed as per the directives of the Supreme Court. The constituencies included 24 UCs from Hyderabad division, 25 UCs from Mirpur Khas while 32 UCs of Benazirabad. Elections in these Union Councils and Municipal Committees will be held after third phase. To a question, he said local government elections in Attock would be held in the month of December. 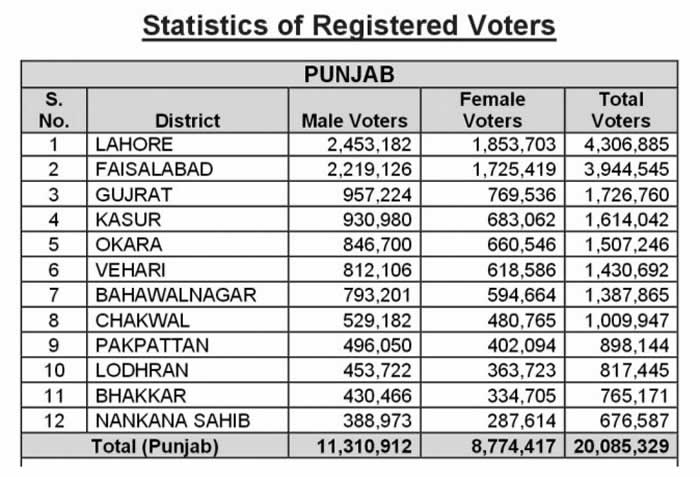 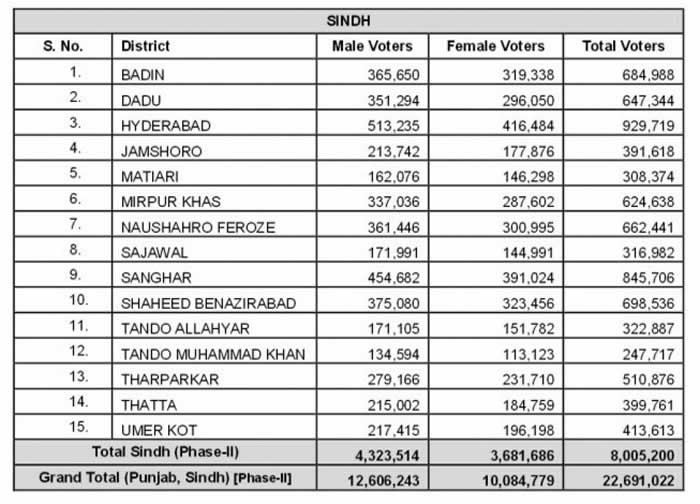 A union council shall have a directly elected chairman and a vice-chairman as joint candidates, and 6 councillors on general seats–one each from a ward. These members can contest polls either on party tickets or as independent candidates. Once elected, the general members will elect two female members, one worker, a youth and a non-Muslim member for their wards.

According to the ECP schedule, polling for the third phase will be held on December 5 in six districts of Sindh and 12 districts Punjab. Punjab districts where local government elections would be held in the third phase are Layyah, Rajanpur, DG Khan, Muzaffargarh, Jhang, Khushab, Rawalpindi, Sialkot, Narowal, Rahim Yar Khan, Bahawalpur and Multan. Whereas Sindh’s districts are: Karachi East, Karachi West, Karachi Central, Karachi South, Malir and Korangi. – Samaa/APP