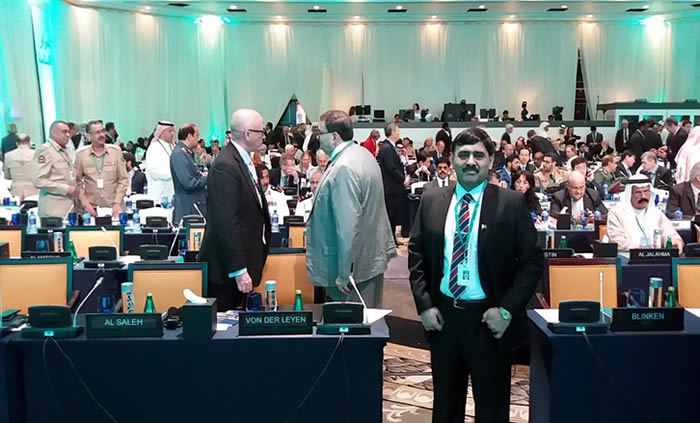 Brigadier Nadir Mir (R) was the only participant invited from Pakistan. (Non-Government Delegate). A total galaxy of over 400 participants was hosted by the Kingdom of Bahrain.

During the summit regional and global leaders came together to discuss the most pressing challenges in the Gulf and Middle East. The global gathering of 2015 included Heads of States / Governments, Foreign / Defence and other Ministers, UN Heads, Military Chiefs, Intelligence Chiefs, National Security Advisors, Senior Government Officials, International Figures, Economists, Political, Strategic and Geopolitical Thinkers. The IISS strives for interactive sessions of the brightest minds for strategic and geopolitical analysis. 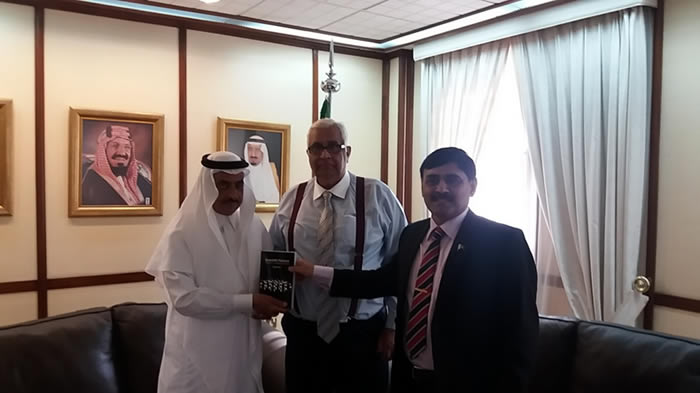 The role of Pakistan was highlighted

Nadir Mir has been constantly preaching (explained at length in his books) that Pakistan is not merely a South Asian State. It is the central pivotal state (Merkez) of many regions and has a role in each. Pakistan is connecting China to Gwadar CPEC, now Central Asia TAPI and later Russia will connect with Pakistan. Similarly Pakistan has a proactive, security – strategic role in the Gulf / Middle East.

Dr John Chipman DG and Sir John Jenkins executive director Middle East besides other team members were also presented books by Brigadier Nadir. Overall the IISS Manama Dialogue was an excellent forum to participate, understand the latest Middle East environment. This was a great opportunity to project Pakistan’s view point in Gulf / Middle East.This was attained in a subtle and suave manner. Brigadier Nadir Mir’s both books, ‘Gwadar on the Global Chessboard’ and ‘Geopolitik Pakistan’ were appreciated by delegates.