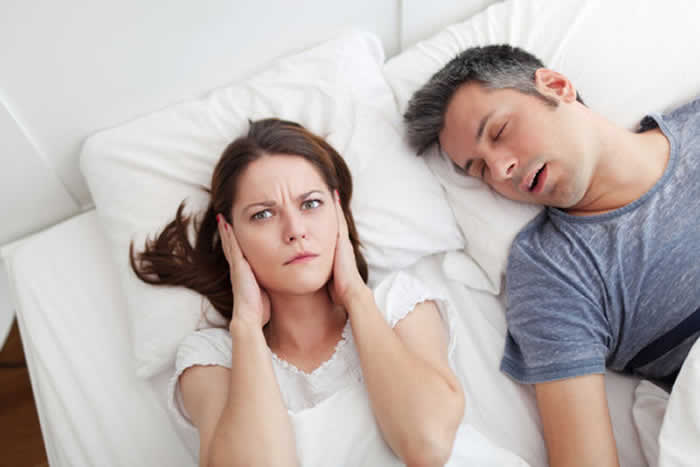 A wireless device to stop snoring

A new wireless device that is designed to keep snoring in check could have health benefits and keep relationships happy, according to its developers. “Hundreds of millions suffer from it and countless millions more won’t even admit they do it – Snoring..

This is me… This is a video my wife shot with her phone to demonstrate why some nights she doesn’t get enough sleep.

She also reports that her attempts to quell my snoring get more violent as the night goes on,” says Behrouz Hariri, Co-Founder, Smart Nora. “Often a very small movement or a very gentle push will stop the snoring. The problem is that it is very likely that after a few minutes they will start snoring again and nobody has the patience to continuously overnight just nudge or push their partner very gently to stop their snoring.” But now a new device has been developed to keep my snoring in check. It’s called Nora, and its job is to listen for snores and give me a nudge before my wife wakes up and all hell breaks loose. “Nora is actually listening for volumes of snoring that are below the sensitivity of their partner. So just before snoring is getting loud enough to wake them up, Nora does the gently push or the gentle movement of the pillow and that, in turn, reduces the volume of snoring then both partners can actually have continuous sleep.,” he said.

It works like this. A bedside monitor listens for snores. When the snores get loud enough, the monitor wirelessly activates a mini pump that slowly inflates a mat that his placed underneath the pillow. This in turn moves the pillow just enough to stimulate the airway muscles and quiet down the snoring. All this happens without waking up the snorer or his or her partner. Hariri and his team have been testing their prototype over the past couple of months. He says Nora works well as evidenced by the fact that their test subjects very often refuse to return the prototype after the test is complete. “We have made a limited number of prototypes to test on different users and taking it back from someone after a week or two of sleeping is not an easy task.” The Nora makers are currently in the middle of a fundraising campaign on Kickstarter where they have raised nearly $375,000 (USD) to date. – Reuters