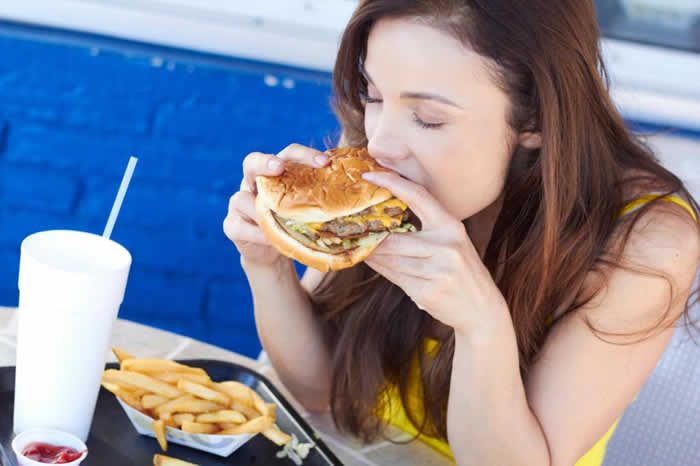 Low-fat diets do not yield greater weight loss than other slimming regimes, said a study Friday, adding to the long-running debate on how best to shed extra pounds or kilos.

“The science does not support low-fat diets as the optimal long-term weight loss strategy.” In fact, low-carbohydrate diets led to greater weight loss than low-fat ones, according to study results published in The Lancet Diabetes & Endocrinology journal. Weight loss on a low-fat diet was just 360 grammes (13 ounces), compared to 1.15 kilogrammes (2.5 pounds) on a higher-fat, low-carbohydrate eating plan. As the world’s population grows ever fatter, the quest for an easy weight-loss plan has taken a high priority. Dietary fat has long been targeted, said the study, for the reason that every gram (0.04 ounce) of it contains more then double the calories of a gram of carbohydrates or protein. But research through the years has yielded contradictory results. Just last month a small-scale study in the journal Cell Metabolism said cutting back dietary fat caused obese people to lose more body fat than restricting carbohydrates. But the latest contribution, in the form of a meta-analysis of other studies comparing low-fat diets to other ones, found the contrary.

“Behind current dietary advice to cut out the fat… the thinking is that simply reducing fat intake will naturally lead to weight loss,” Tobias said in a statement. “But our robust evidence clearly suggests otherwise.” Tobias said more research must be done to “identify better approaches for long-term weight loss and weight maintenance”. A comment on the study, published by the same journal, said it showed that weight loss overall was poor, regardless of the diet chosen. “What seems to be clear is that long-term diet adherence is abysmal, irrespective of whether low-fat or other diets… are prescribed,” wrote Kevin Hall of the National Institute of Diabetes and Digestive and Kidney Diseases in Maryland, United States. Added Tom Sanders of King’s College London: the best diet is to eat less and exercise more. “To me, the take-home message from this paper is that energy intake determines the extent of weight loss rather than the relative proportions of fat and carbohydrates in the diet,” he said via the Science Media Centre. –AFP