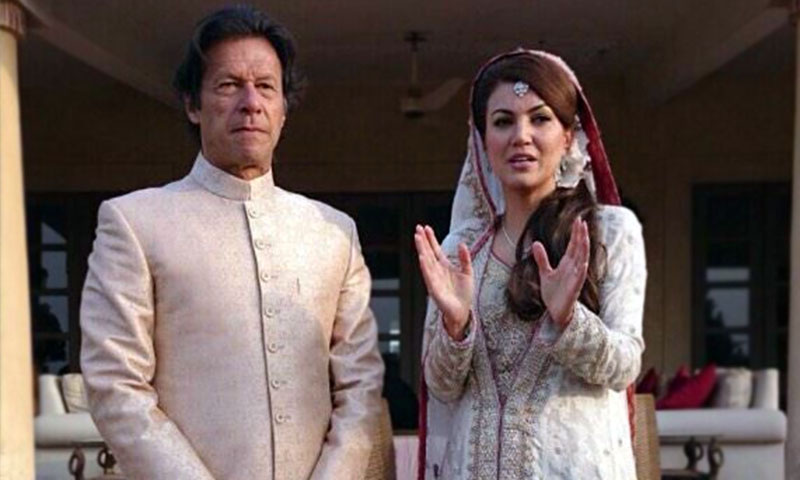 While the couple was seen together on occasion, Imran last month tweeted an apparent refutation of the rumours: “I am shocked at a TV channel making slanderous statement about my marriage. I strongly urge the media to desist from such baseless statements”

‘Just not getting along’

A source close to the PTI chairman, who asked not to be named, said the two were “just not getting along.” “She wanted to get involved with politics and that is not what Khan wanted at all. She just did not want to sit at home,” he said. “There were teething problems as well over other issues which were being resolved but this was a major issue — she wanted to get into politics and was not ready to back down.”

Haq told DawnNews that Imran Khan had requested the media to avoid speculation and respect the sensitivity of the situation. Another confidante of Imran Khan told Dawn.com that there was “a lot of pressure on Khan” from his family to divorce Reham, an apparent reference to Imran’s sister Aleema Khan who had made no secret of her displeasure over the marriage. Despite several attempts, Reham could not be reached for a comment, but posted an announcement of the divorce on Twitter:

We have decided to part ways and file for divorce.