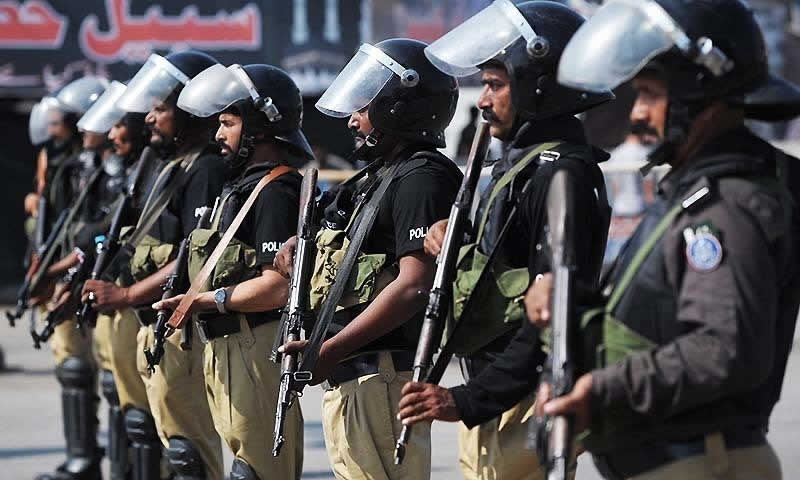 The government has declared a public holiday on Oct 23 and 24 on account of Ashura. Preparations are under way to ensure that the Muharram passes incident-free and security plans to ensure the safety of processions have been finalised.

A large contingent of police and Rangers personnel will be protecting the Muharram processions in Karachi and police mobiles equipped with cameras will be on patrol.

In Punjab, where 12 districts — Lahore, Rawalpindi, Jhang, Rahimyar Khan, Gujranwala, Faisalabad, Bhakkar, Multan, Dera Ghazi Khan, Bahawalnagar, Chakwal and Pakpattan — have been declared “most sensitive”, the inspector general will personally oversee security arrangements from a central control room.  The government will be shutting down cellular services across the province on the day of Ashura, Oct 24, from 8am. A ban on pillion riding is already in place for both days. Police sources said that local RPOs and DPOs from Punjab would have the option of shutting down mobile services of areas considered flashpoints.

In Islamabad, main roads around major Imambargahs will remain closed, while the main procession will begin and culminate at the central Imambargah in Sector G-6. Mobile phone services in parts of the capital may be shut down from Thursday. On Wednesday, the route of Rawalpindi’s Muharram processions was cordoned off using containers following talks between the city district government and clerics from various schools of thought. Rawalpindi DCO Sajid Zafar Dall told Dawn that this year, sectarian clashes were unlikely, but the administration was guarding against the possibility of a terrorist attack on a Shia procession. In Taxila and Wah, where at least 20 processions are considered sensitive, security forces will continue to hold flag marches.