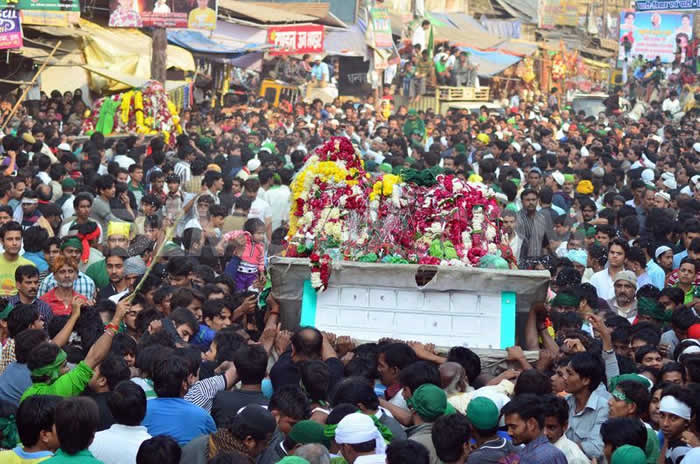 25 ulema to be banned in Muharram

The Islamabad police have proposed that the entry of 25 ulema into the city in Muharram be banned by the local administration.

Seven ulema may also be banned from delivering speeches during the month, sources told Dawn. They said that out of the 25 Ulema, 10 were from the Sunni sect and five were from Shia sect.

Most come from Punjab and frequently visit the capital during Muharram. Officials said that many are invited by local ulema from their respective sects. Many of the ulema and their hosts were previously warned not to deliver heated sermons, but they did not comply with. Seven local ulema members from both sects may also be barred from delivering sermons during Muharram. The ban would also prevent them from speaking publicly about religion or sects.

Officials said that the capital and Rawalpindi police and administrations met with the Rawalpindi corps commander in order to review security arrangements for Islamabad, Rawalpindi and Attock. The proposal to ban certain ulema was also made at this meeting. Another meeting is also scheduled to finalise the security plans. Ulema from both sects, who are residents of the capital and considered a threat to law and order, would also be under close scrutiny. Officials said that over 80 such ulema members have been identified in the city.