Watch: Coke Studio Episode 5: Ali Azmat Back in the Spotlight 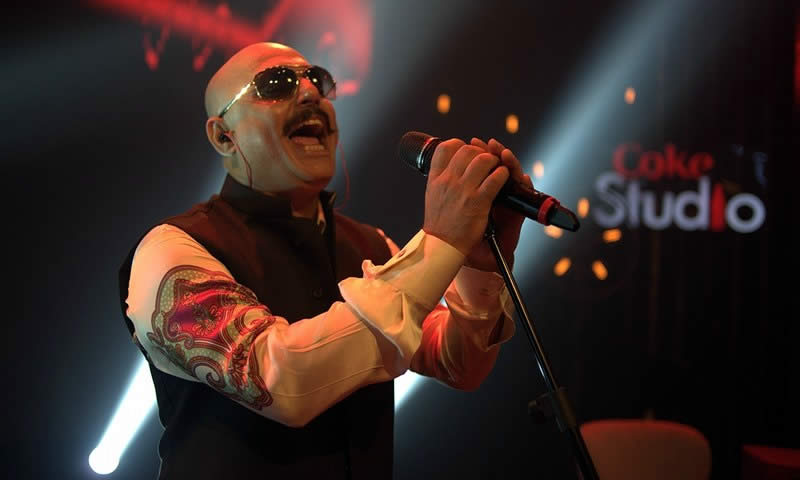 Coke Studio Episode 5: Ali Azmat back in the spotlight

It’s that time of the week, folks: Coke Studio is releasing the fifth batch of its singles today, and the return of Ali Azmat to the platform gives us enough reason to celebrate.

Rockers have united for his track titled ‘Rangeela’: while the lyrics were written back in the day by songwriting legend Sabir Zafar, ‘Rangeela’ was originally composed by Bilal Maqsood, and will feature Omran Shafique on the guitars for this performance. This is Ali’s third song for Coke Studio; ‘Babu Bhai’ from Season 6 was a hit in 2013, and we hope ‘Rangeela‘ is just as delightfully irreverent.

Another rockstar in the episode is Mekaal Hassan, whose relatively new Pak-India band line-up with Sharmista Chatterjee behind the mic and Ahsan Papu on the flutes, will grace the Coke Studio stage for the first time. Their track is titled ‘Kinarey’.