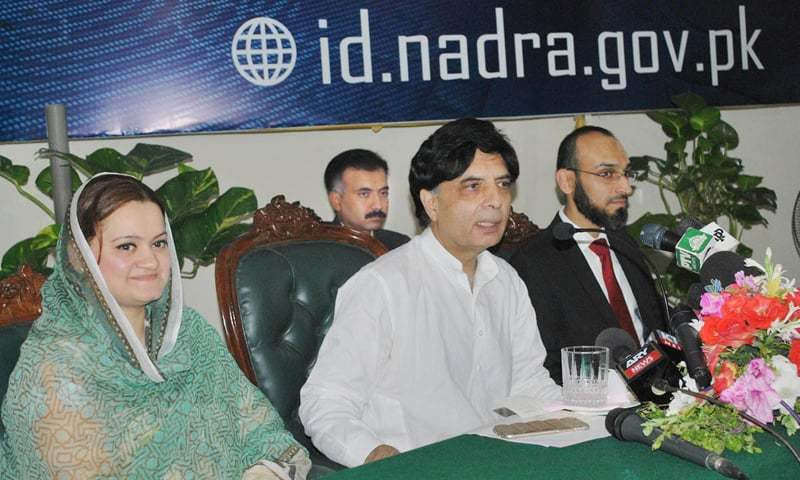 Interior Minister Chaudhry Nisar Ali Khan has rejected rumours about an in-house conspiracy in the army and said there is no room for success of such a plot within the disciplined and professional force.

Talking to reporters on Monday after inaugurating an online application system introduced by the National Database and Registration Authority (Nadra).

He said it was not possible for a few officers to replace the army chief.  “The army has neither been a victim of an in-house conspiracy in the past nor could it happen in the days to come,” he added. Chaudhry Nisar dismissed as “ridiculous and baseless” the rumours suggesting that a plot had been hatched up by some army officers to replace Army Chief General Raheel Sharif during the days of PTI’s sit-in in Islamabad last year. A PTI man, retired Brig Simon Sharaf, said in a talk-show that the party had been in contacts with the ISI during the sit-in and claimed that then ISI director general Lt Gen Zeheerul Islam, along with a few others, was supporting the protest, anticipating an action against the army chief by Prime Minister Nawaz Sharif out of nervousness.

According to him, a telephonic conversation between Lt Gen Zaheerul Islam and some PTI men was played during a meeting between the prime minister and the army chief, after which Lt Gen Islam was summoned and asked by the army chief if he had asked him to do so. Lt Gen Islam replied in the negative and that was the end of the story the army chief wanted to send the Sharif government packing. Chaudhry Nisar said the army chief enjoyed complete confidence of the government, army and people, adding that such kite-flying at the expense of the army was not appropriate. “Instead of churning out such rumours, we should stand united with the army. We are in a state of war and our enemy is not visible,” he said, adding that such rumours against the army were against national interest and served the interests of enemies.