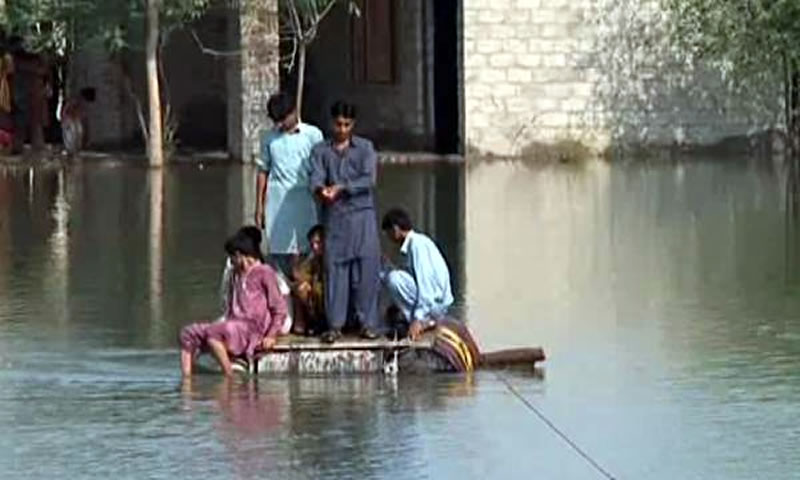 At least six people were killed on Wednesday when their pick-up truck was swept away by a seasonal stream in southwest Pakistan, officials said, the latest victims of torrential rain and flooding that began last week.

Their deaths bring the overall toll from this year’s monsoon-linked floods to at least 17, with nearly 200 buildings washed away in the worst-affected north.

The latest deaths occurred in the Shah Noorani area of the remote district of Khuzdar in the  southwestern province of  Baluchistan. The vehicle was crossing a seasonal stream but was swept away because of a massive surge of water. “We have found six bodies in the vehicle,” local government official told Samaa. “We don’t know if some other people were also on board the vehicle as many people usually sit in the rear luggage hold of such vehicles,” he added. Akbar Haripal, another government official, confirmed the incident. Every year since 2010, which saw the worst floods in Pakistan’s history, the country has experienced serious inundations that kill hundreds and wipe out millions of acres of prime farmland, harming the heavily agrarian economy. According to a report by the National Disaster Management Authority, this season’s floods have so far caused five deaths in the northwestern valley of Chitral while three people have lost their lives in Punjab province’s Muzzafargarh district.

A further three were killed in the Baluchistan district of Zhob, the report added. The flood has also washed away as many as 180 buildings including houses, shops and hotels in Chitral while damaging another 15 bridges and 12 roads, the agency said. In Punjab province, 244 villages have been hit by the flood including 39 houses.  The report said the River Indus that flows 3,200 km (2000 miles) from Kashmir in the north to the port of Karachi, was at significant risk of flooding over the coming days. The government has come under fire for failing to take adequate steps to reduce the loss of lives, with Prime Minister Nawaz Sharif singled out for criticism for visiting Saudi Arabia over the Eid holiday when some of the worst flooding occurred.–SAMAA/Agencies