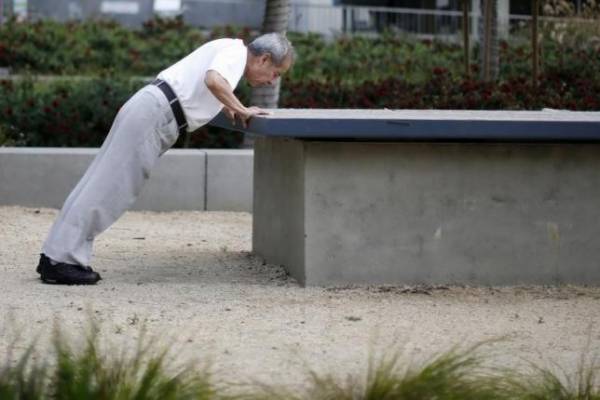 Older people who walk briskly, are moderately active in their free time, drink moderately, don’t smoke and avoid obesity may be half as likely to develop heart failure as people who don’t engage in these healthy habits, a new study suggests.

Based on the findings, optimizing a few healthy lifestyle factors can cut heart failure risk in half, according to lead author Liana Del Gobbo, a research fellow at Tufts University in Boston, Massachusetts.

“A key finding is that physical activity among older adults does not have to be strenuous to reduce heart failure risk,” Del Gobbo told Reuters Health by email. “We saw benefits for adults who walked at moderate or brisk pace (more than 2 or 3 miles per hour) and burned calories through leisure activity, like house or yard work, walking, engaging in outdoor activities, or other forms of physical activity, equivalent to about 30 minutes per day of moderate-intensity activity,” she said. According to the U.S. Centers for Disease Control and Prevention, more than five million people in the U.S. have heart failure, in which the heart fails to pump enough blood and oxygen to support the rest of the body. Heart failure can be treated with medication, a reduced-sodium diet and increased physical activity, but about half of those diagnosed with heart failure die within five years.

For the new study, researchers followed 4,490 men and women age 65 and older without initial signs of heart failure. The average age at the start of the study was 72.For up to 21 years, with annual physical exams and questionnaires, the researchers collected data on study subjects’ diet, walking pace and distance, leisure activity, exercise intensity, alcohol use, smoking status, weight and waist circumference. During the study, 1,380 people developed heart failure. Walking “briskly,” or at least two miles per hour, taking part in calorie-burning leisure activities, modest alcohol intake of no more than one or two drinks per day, avoiding smoking and maintaining a healthy weight were all tied to lower heart failure risk. Those who optimized at least four of these factors were half as likely to develop heart failure as those who only optimized zero or one of the factors, as reported in JACC: Heart Failure.

Read More: Chocolate May Be Good for Your Heart, Study Suggests

“At a population level, we especially need to work on encouraging adults to engage in physical activity,” she said. The researchers accounted for other factors, like socioeconomic status, that could affect heart failure risk. Surprisingly, specific dietary pattern was not tied to heart failure risk, and exercise intensity was less important than walking pace and leisure activity. Researchers did see an increased risk of heart failure with higher salt intake, which “makes sense,” Del Gobbo said, because too much salt increases a person’s risk for high blood pressure, which is a key risk factor for heart failure.

Many “healthy lifestyle messages” about lowering heart attack risk also apply to heart failure, said Dr. David J. Maron, director of Preventive Cardiology at Stanford University School of Medicine in California, who coauthored a commentary on the new findings. “We spend a tremendous amount of money in this country on heart failure-related events,” Maron told Reuters Health by phone. “Living a good life can help prevent a very expensive illness.” The amazing thing from this study is if you do these four behaviors that you can reduce your risk of heart failure by 50 percent,” he said. “It’s just an association, and doesn’t prove cause and effect,” but is still a powerful finding, he said. – Reuters