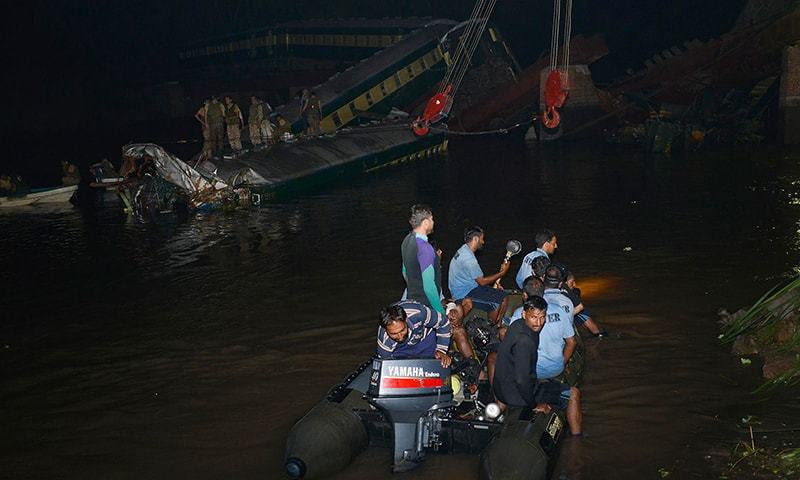 At least 19 people, including four army officers, were killed when three bogies of a special train carrying army officials fell into a canal and one other was derailed as a railway bridge collapsed near Gujranwala on Thursday.

Another tweet confirmed that 12 personnel, including Commander of a unit, Lt. Col Amir had died. A relief train, carrying technical and medical staff, has been sent to the spot from Lahore, while two helicopters and other rescue teams have started relief operations. According to government officials, as many as 80 affected passengers have been rescued. Injured passengers have been shifted to the Combined Military Hospital (CMH), Gujranwala.