Maleeha Lodhi in Islamabad for Consultations 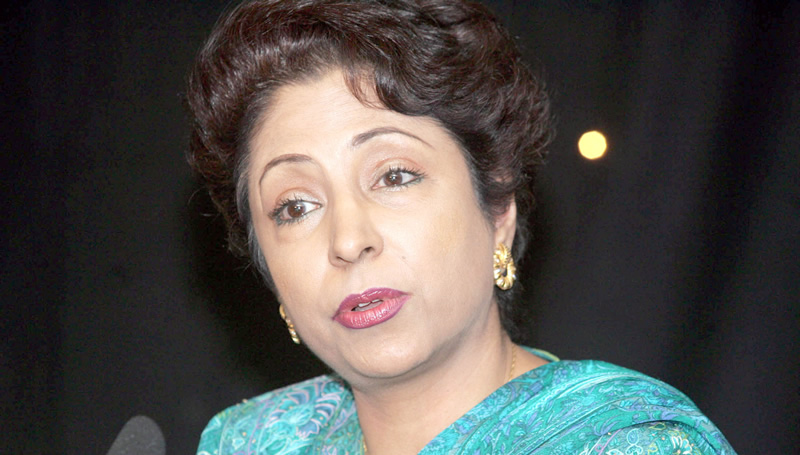 Ambassa­dor to the United Nations Dr Maleeha Lodhi is in Islamabad for consultations on Prime Minister Nawaz Sharif’s planned visit to the UN in September to attend a series of summits, besides addressing the General Assembly (UNGA).

According to sources, the occasion will be more significant than the usual annual UNGA visits by the prime minister and consultations are reportedly being held about raising at the world forum the issue of Indian interference in Pakistan’s affairs.

The UNGA session will coincide with the 70th anniversary of the world body and the member states will take major decisions about sustainable development, climate change and peace. The prime minister will also attend a summit on the post-2015 development agenda, which focuses on sustainability goals. He will co-chair a summit on peacekeeping with US President Barack Obama. Pakistan is the largest troop contributor to the UN peacekeeping missions around the world.

Chinese President Xi Jinping will host a summit on South-South cooperation in which Pakistan will actively participate. The prime minister will have a number of bilateral engagements in addition to attending other important events. The sources said that India would definitely feature during the discussions but the issue was not the major item on Ms Lodhi’s agenda in the federal capital.