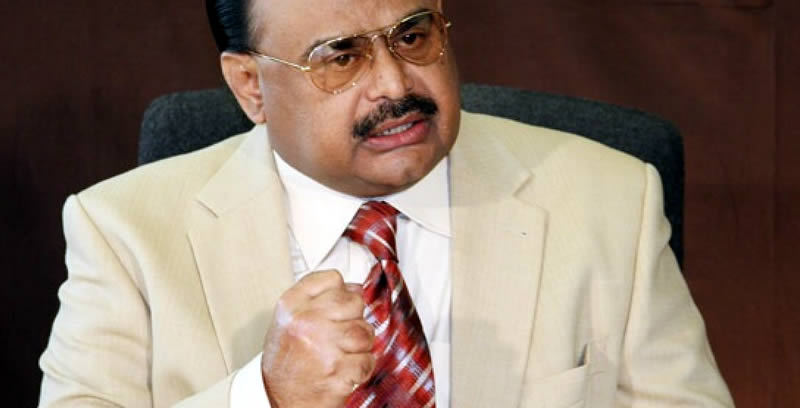 The Muttahida Qaumi Movement (MQM) has received funding from Indian authorities, claims a startling report published by the BBC on Wednesday.

According to the report which quotes an unnamed “authoritative Pakistani source”, officials in MQM have told UK authorities that they received Indian government funds.

The report further states that UK authorities investigating MQM for alleged money laundering also found a list of weapons in an MQM property. MQM Coordination Committee Member Wasay Jalil in response to the report posted a short statement to Twitter, rejecting BBC’s allegations. In response to a question on Twitter about a confessional statement available with Scotland Yard, Jalil said, “We have seen these confessions since ’92”. The report also said that British authorities held formal recorded interviews with senior MQM officials who told them the party was receiving Indian funding. It also said that a Pakistani official has told the BBC that India has trained hundreds of MQM militants in explosives, weapons and sabotage over the last 10 years in camps in north and north-east India.

“A Pakistani official has told the BBC that India has trained hundreds of MQM militants over the last 10 years,” the report says. The report says, “Before 2005-2006 the training was given to a small number of mid-ranking members of the MQM, the official said.” “More recently greater numbers of more junior party members have been trained.”  The MQM called an emergency meeting of its coordination committee after the BBC report was made public.

The party rejected all allegations made in the BBC report in a statementpublished on its official website. In its statement, the MQM termed the BBC report a part of the “media trial that has been ongoing for past several years” against the party. The statement goes on to say that all allegations against the MQM in the BBC report originate from a “Pakistani source,” which “in itself speaks for the authenticity of these allegations.”  MQM Coordination Committee Member Wasay Jalil shared with Dawn.com MQM London-based leader Mohammad Anwar’s response to the BBC report: “Dear Ms Peevor (of the BBC) As you will have guessed from my last response, I am frustrated that you are not willing to be more specific.

We are not prepared to comment on rumours. In addition, as far as the UK is concerned you will be aware that there is an ongoing police investigation, although no charges have been brought, and the legal advice which we have received is that we should not comment. I would urge you not to broadcast these defamatory allegations. They will do nothing to assist a fair trial should any prosecution be brought here, and are likely to have a significant adverse impact on the already tense situation in Pakistan.