Budget 2015: Between Push and Pull 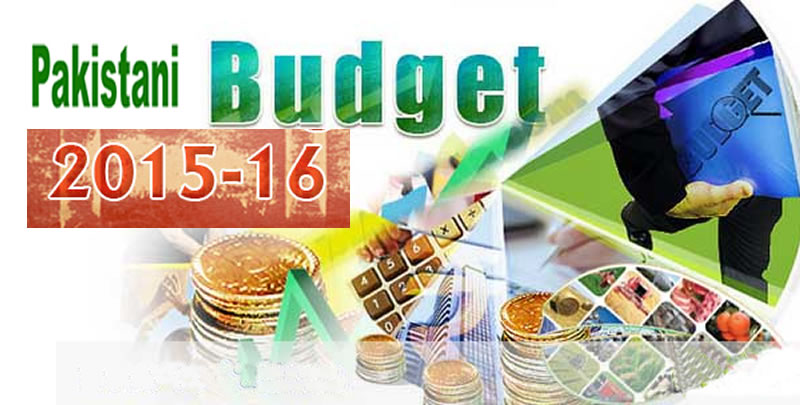 Budget 2015: Between Push and Pull

When Finance Minister Ishaq Dar rises to deliver his government’s mid-point budget in parliament today, he will be trying to do something that would be the envy of every finance minister in the world, but only if he succeeds.

This year the government is promising to continue walking down the path of stabilisation while moving towards stimulating growth in the economy. In announcements made in various forums, he has promised an adjustment of up to Rs400 billion, from new revenue measures coupled with cuts in subsidies.

On the other hand, he is also promising to hike the growth rate to 5.5 per cent, more than a percentage point increase over the current financial year’s accomplishment. “The fiscal 2015-16 will consolidate the gains made by the government in stabilising the economy, yet enabling the growth to accelerate for providing jobs and reducing poverty,” says the government’s budget strategy paper. The path of austerity will be followed, as in the past two years, with current expenditures being targeted to increase less than inflation rate, it added. This afternoon he will present the full range of budgetary measures through which he plans to do this before a special meeting chaired by the prime minister. Immediately following the meeting, he will make his way towards parliament along with his colleagues to unveil the budget in a televised speech which is traditionally the highest rated broadcast event of the year. Sources say the framework of the budget is built around a massive cut of Rs130bn in subsidies, mostly in the power sector, along with new revenue measures of Rs270bn.

Federal expenditures will be just above of Rs4.2 trillion, including current expenditure of about Rs3.5tn and Rs700bn of public sector development programme (PSDP). Having shot down calls for reducing General Sales Tax rate by 1pc, it appears the only relief measure would be for those who are or were part of the government, with a 7-10pc increase in pensions and salaries of employees of the government and armed forces. Around Rs20bn would be announced in the federal budget for a few schemes to be launched by the prime minister for the youth. Some amendments are also likely in the laptop scheme while the size and coverage of the income support programme would also expand without an increase in the amount of cash payments to individuals. Officials said around Rs110bn worth of withdrawal of tax exemptions under discriminatory Statutory Regulatory Orders, expansion in regressive withholding tax regime and adding more people to the tax net would have a cumulative impact of about Rs270bn. The revenue collection for the next year has been targeted at around Rs3.1trn. They said the subsidies would be kept below Rs120bn to comply with the IMF agreement to keep the fiscal deficit below 4.3pc of GDP (around Rs1.43trn).

The rate of inflation would be set at 6pc and real GDP growth at 5.5pc. While normal defence allocations would be kept at Rs772bn, probably the only head that has grown consistently by 10pc over the years, a one-time expenditure of around Rs45bn would be required for the Zarb-i-Azb Operation in addition to Rs100bn for internally displaced persons under the “IDPs repatriation and related security expenditures” included in the development budget. Debt-servicing would cost over Rs1.15trn while running of the civil administration would need about Rs340bn. The provincial share in federal divisible pool is expected to be around Rs1.7trn, leaving the federal government with Rs1.4tn in net revenues. The measures to be used for hiking the growth rate are expected to include reduced interest rates, higher development expenditure and improved power situation along with higher volumes of gas through LNG imports, and some investments from the $46bn China-Pakistan Economic Corridor projects. The government expects the private sector will receive a boost and the industrial sector to rebound with a growth of 6.4pc, lifting the investment-to-GDP to 17.7pc against 15.1pc of this year.

In line with the move to punish non-filers, an additional 2pc general sales tax would be imposed on supplies to unregistered persons while the rate of additional sales tax would be doubled from 1pc to 2pc through the Finance Act, 2015. Similar measures are also expected to be introduced for income tax filers and non-filers that would be supported by replacement of NTNs by CNICs. Customs and regulatory duties on some items like ghee, cooking oil, sugar, beverages, cigarettes, wheat and rice would go up along with an increase in capital gain tax on securities. Another proposal is to increase advance tax on residential electricity consumption by reducing the threshold. This means the current 7.5pc tax on a monthly bill of Rs100,000 would apply on a bill of Rs50,000. A fresh incentives package would be announced for construction and manufacturing sectors. The customs slabs would come down from six to five and maximum tariff from 25pc to 20pc.