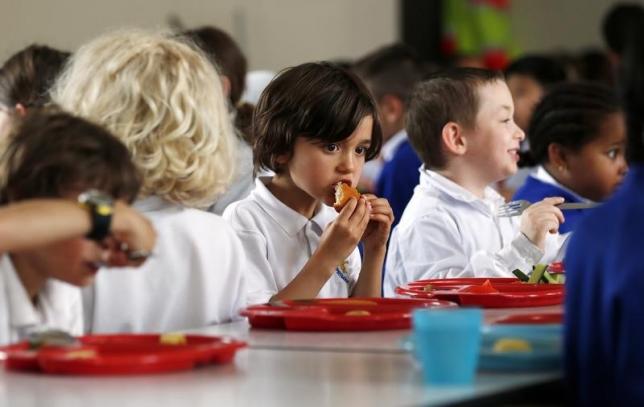 Parents who have tried in vain to teach their preschoolers table manners may have a new reason to give up the fight. Playing with food may actually help kids overcome a fear of new flavors and eat a more varied diet, a small study suggests.

Researchers in the U.K. asked a group of kids to search for buried toys in mashed potatoes and jelly and found that the children who were comfortable getting their hands dirty at the table were less likely have a condition known as food neophobia, a fear of tasting new things.

“Although this is just an association, the implication is that getting children to play with messy substances may help their food acceptance,” lead study author Helen Coulthard, a psychology researcher at De Montfort University in Leicester, U.K., said by email. It’s fairly normal for young children to go through a period when they are wary of unfamiliar foods or refuse to consume more than a handful of different items, though most kids outgrow this during elementary school. It isn’t necessarily harmful as long as the children maintain a healthy weight for their height, pediatricians say. But, because previous research has linked food neophobia to limited fruit and vegetable consumption, Coulthard and colleagues wanted to see if they could establish a link between touching food and tasting unfamiliar dishes. They asked a group of 70 children ages two to five to play with mushy, slimy food while their parents observed, watching to see if kids would happily use their hands to search for a toy soldier buried at the bottom of a bowl of mashed potatoes or jelly.

Children who wouldn’t use their hands were offered a spoon. Parents and researchers each rated how happy the kids were to get their hands dirty on a scale of one to five, with a higher number indicating more enjoyment. Children could get a total score as high as 20, a tally of the scores from researchers and parents for play with both the mashed potatoes and the jelly. To understand what children typically ate, the researchers questioned parents about how reluctant kids were to try new foods and also asked how many portions of fruits and vegetables they and their children ate each day, excluding juices, dried fruit and purees. Children ate more fruits and vegetables when their parents did, the study found. Researchers also gave parents a questionnaire to assess children’s so-called tactile sensitivity, quizzing them about things like whether kids disliked going barefoot in the sand and grass or avoided getting messy. The study found that kids who liked playing with their food were less likely to have neophobia or tactile sensitivity. The good news for parents is that many picky eaters can be taught to enjoy playing with food, Coulthard said. Food art is a good place to start, she said.

Parents can use food to make pictures or shapes on the plate, without pressuring kids to touch or taste anything, and then gradually encourage the children to make their own art and let them sample the results when they’re ready, she said. Offering as much variety as possible from a young age also helps children experience lots of textures and flavors, which may minimize their fear of unfamiliar foods. “Parents might think less about pressuring or forcing their children to eat fruits and vegetables, and more about ways to foster fun, curiosity, and exploration,” Myles Faith, a nutrition researcher at Gillings School of Public Health at the University of North Carolina, Chapel Hill, said by email. “They might consider activities where children are ‘food detectives,’ tasting and rating new foods, or even being food critics,” said Faith, who wasn’t involved in the study. “Gardening or even crafts with fruits and vegetables is a practical activity. Caregivers might think less to pressure and more to pleasure, as controlling feeding can backfire.” -Reuters