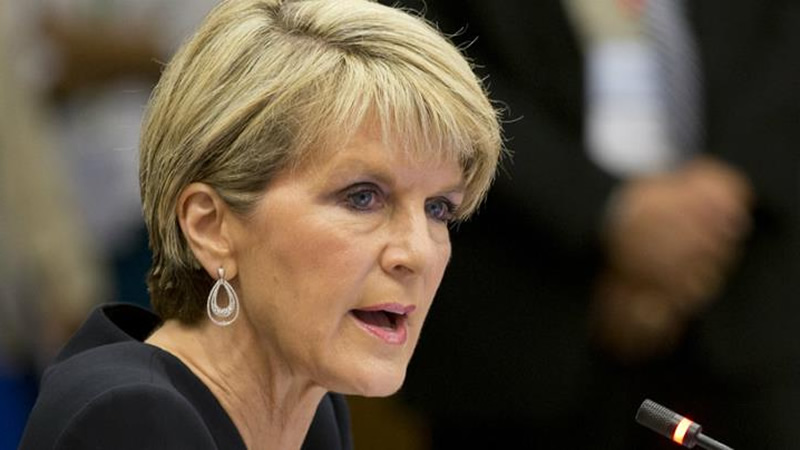 Bishop made the pledge during a two-day visit to Islamabad, where she is holding talks with her Pakistani counterpart Sartaj Aziz on efforts to counter militancy, the future of Afghanistan and the reported rise of the Islamic State group in the region.

The aid package includes $8 million to help restore infrastructure damaged by floods and conflict in the restive northwest and southwest, and around $8 million to support a trade initiative in partnership with the World Bank. It has not yet been announced where the remaining assistance will be spent. Bishop added the two countries “have common interests in countering transnational crimes including drug- and human-smuggling”. Bishop said she would also encourage Australian tourism to Pakistan, which has been battling an insurgency for over a decade. “People-to-people links are important and of course we want to see Pakistan as a safe and secure environment so that you can engage international visitors,” she said. Aziz briefed the visiting dignitary on Pakistan’s relations with neighbouring India and Afghanistan. She is expected to meet Prime Minister Nawaz Sharif and Chief of Army Staff (COAS) Gen Raheel Sharif tomorrow. “My visit and meeting with Pakistani leaders is aimed at discussing the growing strength of our bilateral partnership and important regional and international issues,” Bishop said in a statement on her arrival.

A statement issued by the Foreign Office had earlier said,“Pakistan and Australia will explore the possibilities of further strengthening the existing ties — especially in trade, investment, agriculture, education, sports and defence. There will be renewed focus on elevating economic engagement and boosting bilateral trade.” Bishop will also deliver a speech on women empowerment and gender equality issues in order to highlight the support of the Australian government to Pakistan in this regard. Her speech would have the audience of senior government officials and lawmakers. The Australian foreign minister would moreover visit Lahore on May 7 and meet with Chief Minister Punjab Shahbaz Sharif. She is also scheduled to inaugurate a project funded by the Australian government. The foreign minister’s visit comes nearly two months after Pakistan and Australia agreed to enhance cooperation in the field of defence and security, including military training.

The Chinese are Coming?