The population and housing census is expected to be held in March next year and its preliminary results will be compiled within three months. On Wednesday, the governing council of the Pakistan Bureau of Statistics (PBS) approved a timeline for the census, 17 years after the last one was held. 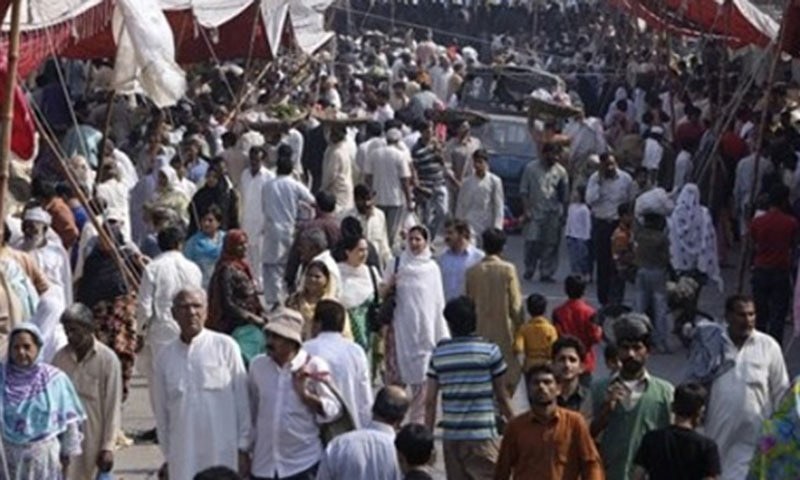 The council meeting, headed by its chairman, Finance Minister Ishaq Dar, also approved a budget of Rs14.5 billion for the census, which will be shared by the provinces. The population census may be conducted in one go; the first three days for a house-listing operation and the following 15 days for the main count. The PBS says that the census may be held with the full support of the armed forces, at a man-to-man level, as was done in 1998.  An official statement issued after the meeting said that Chief Statistician Asif Bajwa briefed the meeting about the status of implementation of the decisions taken in the last meeting. He said that the Council of Common Interests (CCI), in a meeting held on March 18 under the chairmanship of the prime minister, approved the carrying out of the population census with the assistance of the armed forces.

He also said that the PBS had initiated a number of preparatory activities and prepared an activity calendar by fixing the time schedule of each activity with its target dates. The activity calendar was also approved by the governing council with slight amendments to the completion dates. The chair was briefed about the methodology that is to be used in Census-2016, along with the major questions to be asked. The chair asked that a comparative analysis of the methodology used in the 1998 census and those proposed for Census-2016 may be presented in the next governing council meeting to iron out any loopholes. Finance Minister Ishaq Dar said that technical committees on various subjects may be formed by including experts from their relevant fields, as well as members of the governing council. The committees may make recommendations for changing the benchmarks for different economic indicators such as inflation, GDP etc and the PBS will discuss their composition in the next meeting.

He also asked that consultative meetings be held with the experts within the country and at the international level to ensure a successful census. Briefings regarding the conduct of the Agriculture, Livestock and Machinery Census as well as the Re-basing of National Accounts were also made at the meeting. Dr Zeba Sathar, Member, Governing Council / Chair­person of the Review Com­mittee on General Statistics (Re-organisation) Act, 2011, informed the meeting that the review committee was of the view that no major changes were required in the act at this stage. However, if issues arose at any stage, these could be resolved through amendments in the draft Governing Council (Procedure & Conduct of Business) Rules.