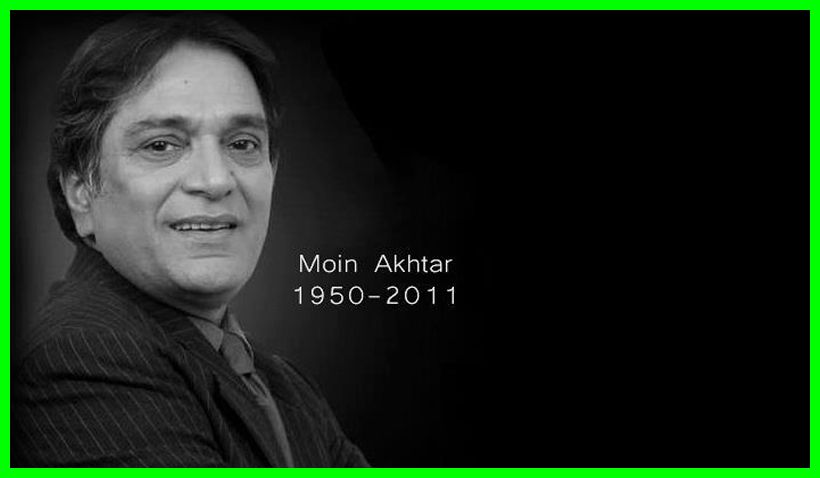 The fourth death anniversary of legendary versatile actor Moin Akhtar would be observed on Wednesday (today), April 22 in Pakistan.

Moin was one of the educated and sober debutantes in entertainment industry who rose to the summit of fame by the dint of their hard work, ingrained talent, commitment and passion.

Artists would crave for the achievements Moin had accomplished during his 45-year long career decorated with mastery of skills he was known and loved for during performance on theatres and television. Born on December 24, 1950, the legendary actor entered the entertainment world while in his teens in 1966 and parody of famous film actor Muhammad Ali at an Award Show is considered to be the event when he grabbed the attention of a larger audience. Also known for his unmatched etiquette, Moin could speak fluently different languages including English, Urdu, Sindhi, Punjabi, Pashto, Balochi, Gujarati and Hindi.

Read More: Moin Akhtar – An Icon Who Had Priceless Talent

Iconic Bollywood film stars Dilip Kumar and Amitabh Bachchan liked him for his versatility and mastery. He also worked in few films but returned to the smaller screen. TV plays including ‘Rozi’, ‘Eid Train’, ‘Family 93’, ‘Half Plate’, ‘Sach Much’ were few of many super hit programmes he starred in besides performing as host and anchor person in many popular shows. Regarded as one of the great actors of Pakistan, Moin also won pride of performance besides many other awards. He died on Apr 22 in 2011 following a cardiac arrest and was laid to rest at model colony graveyard in Karachi.- APP