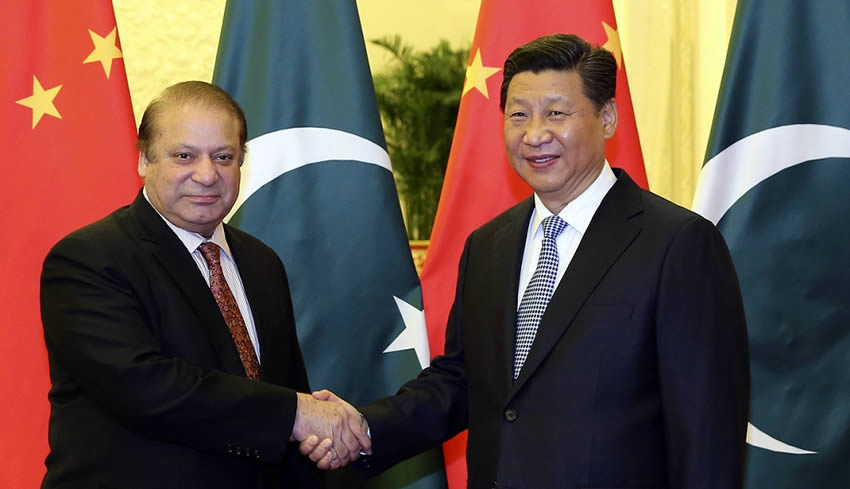 Chinese President Xi Jinping is expected in Islamabad on Monday on what is being dubbed as a ‘fate-changing visit’ to roll out nearly $28 billion for the first phase of the $45bn flagship Pakistan-China Economic Corridor (PCEC) Project, a key federal minister announced on Sunday.

Planning and Development Minister Ahsan Iqbal said at a news conference this would be the first visit by a Chinese president to Pakistan after nine years and the entire nation looked forward to it. “The strength of the Pakistan-China friendship is one of the unifying factors in the country and a centerpiece of Pakistan’s foreign policy, strengthened by all past governments irrespective of domestic differences.”  He said Pakistan wanted to transform political and strategic relations between the two countries into economic and strategic partnership as the Chinese leadership embarked upon its vision of developing the Silk Route through land, maritime and air links for the combined benefit of the over three billion people who lived in the region. He said a strong bilateral commitment at the top had materialized this vision in July 2013 with the approval of the $45bn PCEC project in record time, just a few weeks ago. All the projects under the $45bn framework can be initiated within two to three years.

Despite repeated questions regarding the number of agreements and the size of investment and projects that would be signed during the high-profile visit, Mr Iqbal only said the Chinese president would roll out $28bn in ‘ready-to-go’ projects and perform the ground-breaking of five projects, while other endeavours that were in the pipeline would follow in a few months’ time. The PCEC framework, he said, covered four major areas: energy, ports, infrastructure and industrial collaboration. In the energy sector, projects totalling 10,400 megawatts had been included in the `early harvest’ (first priority) programme, which could be completed by 2018.

In all, Chinese firms will put up $35 to 37bn in foreign direct in­vestment for independent power production (IPP) under an investment policy that was available to all investors.  These projects would be based on wind, solar, coal and hydropower generation of 16,400MW as well as the trans­mission system and would be located in all the provinces and Azad Kashmir.

He said China would be setting up 10 projects of 6,600MW in the Thar Desert that would transform this remote and underdeveloped region into Pakistan’s energy capital and open up economic opportunities for the people. The minister said the Gwadar port would be opened up by China to attract larger ships, along with the development of roads and the setting up of a new airport with the capacity to facilitate aeroplanes of all sizes to link it with the world through air, sea and road networks.