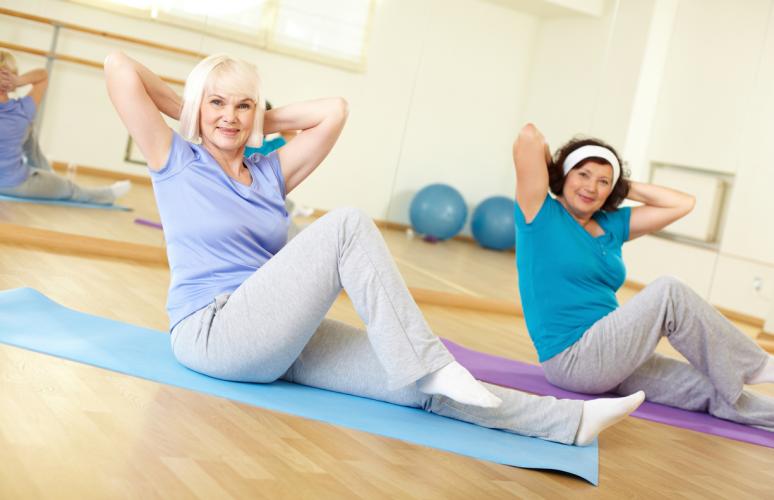 Regardless of the types of foods or amount of calcium in their diets, middle aged women who lost a moderate amount of weight over a two-year period also lost more bone density than men or younger women.

Changes in bone density following moderate weight loss may be sex-specific and influenced by hormones, the study team writes in The Journal of Clinical Endocrinology and Metabolism. “Weight loss has been associated with beneficial effects on cardiovascular risk factors like diabetes. However, extremes of weight loss have been associated with bone loss, and according to some studies, increased risk of fracture,” senior author Dr. Meryl LeBoff of Brigham and Women’s Hospital in Boston told Reuters Health. “Osteoporosis is a major public health problem and 40 percent of women and 20 percent of men ages 50 years and older will develop an osteoporotic fracture in their remaining lifetime,” LeBoff said. “So there’s a real concern about skeletal health particularly among the population 50 years and older.” LeBoff’s team analyzed data gathered during a large weight loss study in which 424 participants were randomly assigned to follow one of four low-calorie diets. (Two diets were considered to be high-protein, and two contained an average amount of protein. Participants were 30 to 70 years old and overweight or obese at the start of the study. About 60 percent were women.

Premenopausal women only lost bone density at the hip, the study team noted. And among menopausal women, loss of abdominal fat – the kind linked with heart disease and diabetes risk – was particularly linked to bone loss. Differences in bone loss were also tied to the amount of muscle – known as lean mass – a person lost. Men lost more weight, and more fat mass than lean mass, compared to the women, LeBoff said. “There have been associations between lean mass and bone mass because lean mass has important effects on the skeleton.”

In postmenopausal women, losses of lean mass and fat mass both correlated with bone density loss in the spine and hip, LeBoff said. “So . . . while weight loss can have beneficial effects on a number of cardiovascular and other health outcomes, it’s important to consider skeletal health, particularly in women in whom weight loss can result in bone loss and since women are at a markedly increased risk for fractures,” she said. LeBoff said more research is needed to try to understand the sex differences in bone loss. Dr. Kathryn Diemer, director of the Bone Health Program at the Washington University School of Medicine in St. Louis, said the loss of bone density in all the dieters looked to be quite small, about a one to two percent decrease. “So while statistically significant, in terms of fracture risk, it isn’t much,” Diemer, who wasn’t involved in the study, told Reuters Health. Diemer said it’s important for obese patients to lose weight, and there are ways to prevent bone density loss. “Walking is very important for these patients,” for example, she said. In addition, Diemer suggests taking calcium, getting vitamin D levels checked and monitoring bone density. “As long as they’re doing that with their primary care physician, or seeing somebody like me, we’ll follow them and make sure they don’t increase the risk of fracture,” she said. –Reuters