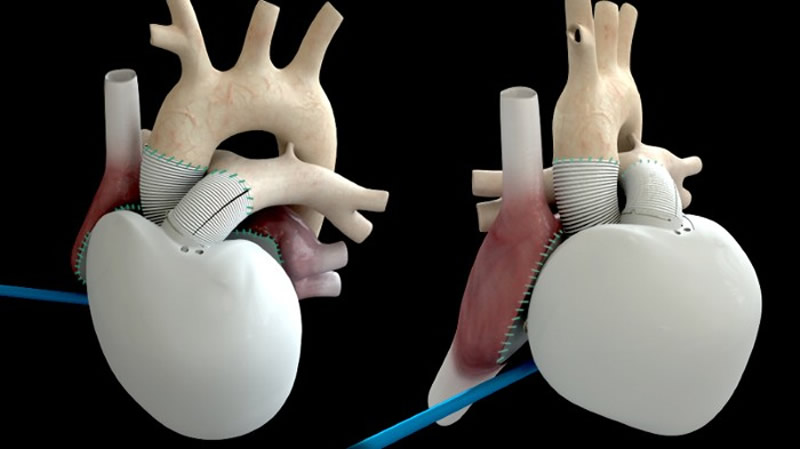 A man who in August became the second person in France to receive a much-hyped new generationartificial heart said in his first interview Sunday he had “recovered”, to the point of going on bike rides.

The 69-year-old man, who wishes to remain anonymous, was terminally ill with a heart condition when he received the transplant exactly eight months ago in the western city of Nantes.

The transplant is part of a key trial for a much talked-about artificial heart created by French firm Carmat, and the first recipient — 76-year-old Claude Dany — died in March last year, 10 weeks after receiving the experimental device. But the second patient has fared much better. He was sent home at the beginning of the year, and said Sunday in his first interview since his operation that he had “recovered” and resumed his normal life.

“I walk, I get up and I bend over 10 to 15 times a day, without any problem. I keep my balance. I’m not bothered. I don’t even think about it,” the father-of-two told the JDD weekly. “In fact, pretty much from the day I was operated, I felt myself come alive again.” The artificial heart uses soft “biomaterials” intended to lessen the risk of blood clots and rejection by the immune system. It is powered by a belt of lithium batteries. The patient said the key was not to forget to charge the batteries.

“I have a spreadsheet in which I mark down the hours and changes, to make sure they last as they should. It’s not complicated,” he said. “To reach 100-years-old, if I can, why not?” Professor Daniel Duveau, the surgeon who operated on the man, told Europe 1 radio on Friday that to his great surprise, his patient was even riding a bike outside. “As part of his rehabilitation, we made him do a number of physical activities such as riding an exercise bike, and when we last met, he told us ‘of course, I have a bike, a traditional bike and I ride but… don’t worry, I avoid big hills’,” he said.

Duveau added that the patient, a black belt judoka, also wanted to resume the martial art, though his doctors had told him to ask  their permission before doing so. Nearly 100,000 people in Europe and the United States are in need of a heart transplant, according to Carmat, which plans to carry out the first phase of feasibility trials on four terminal patients. The second phase will see around 20 patients receive an artificial heart, according to Carmat.

Obama Defends Iran Deal as ‘Once in a Lifetime’ Opportunity

Watch Video: At least 53 Dead in Clashes in Yemen’s Aden

Watch Video: At least 53 Dead in Clashes in Yemen's Aden