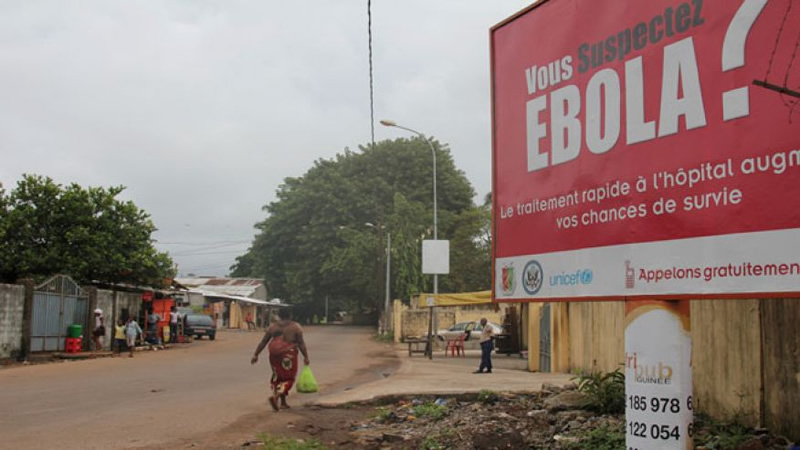 Guinea has suffered a setback in its fight against Ebola with a rash of new cases, including three doctors infected by the virus, with officials blaming weak surveillance and a failure to follow safety procedures. The outbreak,

Which began in eastern Guinea more than a year ago and has killed over 10,000 people in the three West African countries worst hit, had appeared to be on the wane, but Guinea has seen cases rise for three consecutive weeks, according to World Health Organization data. A government health report from the weekend showed there were 21 new cases in a single day, a spike from the recent daily average of eight. President Alpha Conde said on Tuesday that everything must be done to end the outbreak by mid-April, ahead of a meeting with donors scheduled around that date.

Ending Ebola could reboot Guinea’s mining-dependent economy that has been hammered by the outbreak which has scared investors, he said. “With Ebola, it is easier to go from 100 cases to 10 cases than from 10 cases of to zero. To end it, we need ten times more effort than when the outbreak was at its height,” he said.

A big source of concern is a chain of new infections that can be linked back to a woman who died of Ebola and was not buried safely, according to Fatoumata Lejeune-Kaba, spokeswoman for the U.N.’s Ebola emergency response mission UNMEER. “It’s a major setback …. It’s due to individual behaviours. That is having a devastating effect on the community. People are simply not practising the safety rules that we have been talking about for a year,” she told Reuters. Of the other two countries worst hit, Sierra Leone has also seen a spate of new cases while Liberia has no known cases at present and is waiting to be declared free of the disease. The new cases in Guinea are in the capital and the southwestern town of Forecariah but if the situation is not brought under control they could spread across borders, said Lejeune-Kaba.

Guinea officials said the new cases came from high risk Ebola contacts who had left Forecariah and developed symptoms elsewhere, pointing to poor surveillance. Sakoba Ke‹ta, Guinea’s anti-Ebola task force coordinator, said on Tuesday that the government was putting in place new measures including strict rules regulating the movement of corpses and contact tracing. “There are numerous gaps in the Ebola response in Guinea, notably in surveillance of contacts, and that explains the difficulty in making any lasting progress towards ending the epidemic,” said a spokesman for medical charity MSF. The three doctors were infected at the Ignace Deen hospital in Conakry, which is not an Ebola centre. More than 50 doctors in Guinea have caught the virus during the outbreak. –Reuters