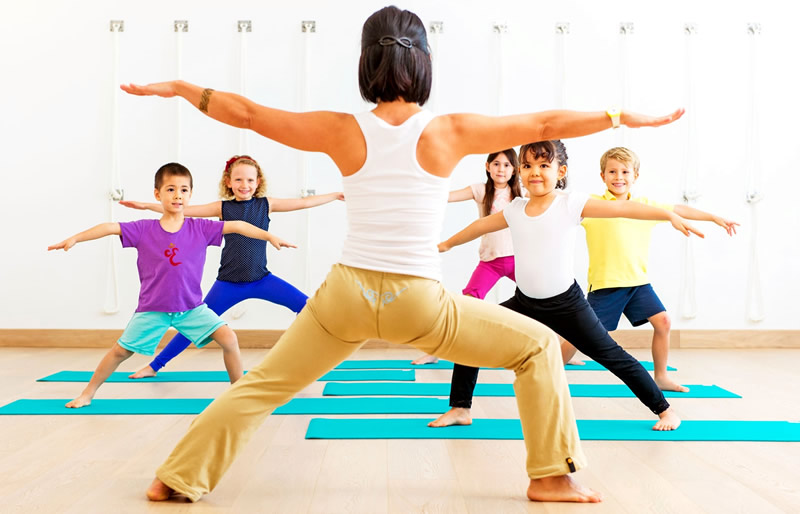 A growing number of American children are bending into downward dog and other yoga poses, according to a new report on complementary health practices.

The report analyzed National Health Interview Survey data on practices outside of mainstream medicine and found significantly more kids and teens practicing yoga, tai chi and qi gong in 2012 than in 2007.

The study also showed a significant increase in the number of children using melatonin supplements as sleep aids. Melatonin is a natural hormone known to play a role in sleep. Yoga originated in India more than 5,000 years ago, and the mind-body practice has become so popular in the west that yoga studios are as common in parts of California as Starbucks coffeehouses. The new study, published in National Health Statistics Reports, included 17,321 interviews with adults about their 4- to 17-year-olds. Overall, 3.1 percent of kids did yoga in 2012, up from 2.3 percent in 2007. Industry data shows a nearly 8 percent increase in the number of yoga instructors during the same five years, the study authors write. In addition, they say, public schools are beginning to incorporate yoga – which fosters stretching, relaxing and developing strength – into fitness programs. The increase in children’s use of yoga and melatonin was a surprise to Dr. Josephine Briggs, director of the National Center for Complementary and Integrative Health (NCCIH).

“The changes in the yoga category are very large,” she told Reuters Health. “I was also struck by the use of melatonin in children.” In 2007, an estimated 1.3 million children did yoga, tai chi or qi gong, senior author Richard Nahin said at a news conference. The number grew to 1.9 million children in 2012, he said. Researchers included the Chinese practices of tai chi and qi gong in the analysis because they are also mind-body practices, and their inclusion bolstered the sample sizes and the statistical power of the findings. Girls were four times more likely to practice yoga, tai chi or qi gong in the prior year than boys, the study found. Use of melatonin increased 700 percent, from 0.1 percent to 0.7 percent of children, between 2007 and 2012, Nahin said. Briggs said she knew of no safety issues regarding melatonin for children. Rising use of the supplements may reflect burgeoning concern over use of benzodiazepines, a class of sedatives and anti-anxiety drugs prescribed for sleep problems, she said. Use of conventional sleeping pills, like benzodiazepines, is of some concern,” she said. “Melatonin is a product that has a good safety profile.”

Nonetheless, Briggs advises parents to discuss the use of yoga, melatonin and any health practices with their pediatricians. In addition to yoga and melatonin, researchers looked at dietary supplements other than vitamins and minerals as well as chiropractic or osteopathic manipulation, meditation, acupuncture, massage, homeopathy and biofeedback. Children with private health insurance were more likely to use chiropractic or osteopathic manipulation than children with public coverage. In 2012, children whose parents had more than a high school education were seven times more likely to use a complementary health approach as children whose parents had not completed high school, the study found. The results don’t explain why a higher level of parental education led to more complementary health practices for children, Nahin told Reuters Health. But, he said, more educated parents might be better equipped to identify complementary approaches and practitioners.