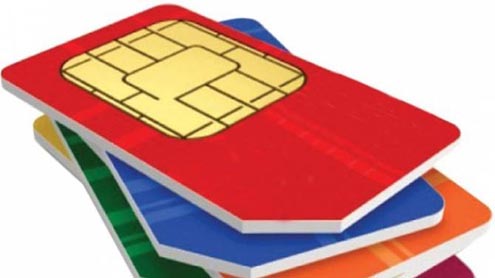 Millions of pre-paid SIMs are likely to be blocked tomorrow (Friday) as the government is indecisive whether or not to extend the Feb 26 deadline of biometric verification for those having three or more connections to their names.

A senior official of the Pakistan Telecommunication Authority told Dawn on Wednesday that the government was sticking to the Feb 26 deadline and there might be no review on it. “All the unverified SIMs of those having three or more pre-paid connections will be blocked from Friday. However, those having less than three pre-paid connections, can verify their SIMs till April 13,” the official said.The telecom operators – Mobilink, Ufone, Telenor, Zong and Warid – had launched pre-paid SIMs verification on Jan 13 on the direction of the government which is of the view that the step is mandatory to curb terrorism in the country.

According to the PTA, the number of cell-phone subscribers has reached 140 million in the country. Up to 10pc of them are post-paid connections which the government thinks there is no need to re-verify under the Biometric Verification System (BVS). The telecom operators have to verify 103 million prepaid SIMs through BVS by April 13 in two phases – Feb 26 for those having three or more SIMs and April 13 for those having less than three SIMs. So far the cellular companies have verified over 53 million SIMs and blocked 10 million. After April 13, it is likely that there will re-positioning of the cellular companies after the blocking of the SIMs of their subscribers.