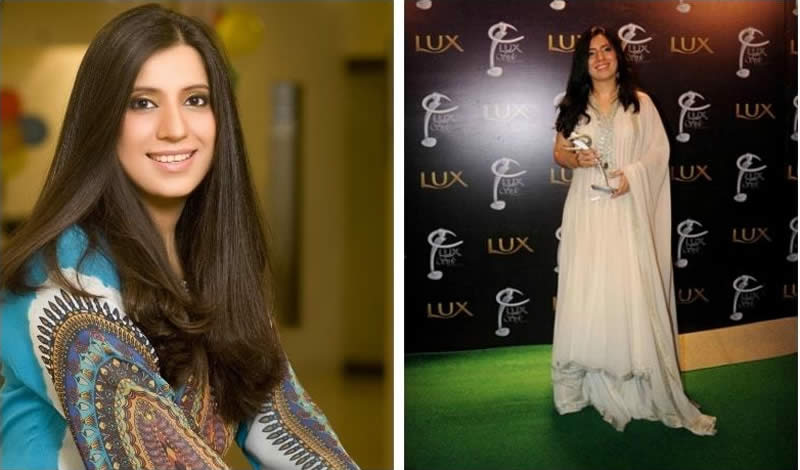 The first ever session of Media invited producer-director and CEO of Momal Productions, Momina Duraid, to talk about how she got to where she is today. Although many people at the talk didn’t know of Duraid prior to the event,

just a mention ofHumsafar and Zindagi Gulzar Hai instantly reminded them she was the reason that the tale of submissive Khirad, brooding Ashar and vindictive Fareeda made its way to millions of Pakistanis and Indians worldwide.

Speaking about Humsafar, a drama that actually changed the drama industry as we know it, Duraid revealed an unbelievable fact: the drama was initially rejected by two channels. Although she didn’t go into details about how those channels probably lamented the loss later on, she described the experience of the drama itself: “When I was working with Farhat Ishtiaq Humsafar was not the drama we had in mind. We were doing another project, which is yet to be aired, but when I read the novel I thoroughly enjoyed it and told Farhat I wanted to base my drama on it. She told me it had already been declined by two channels and I responded with: ‘If I can feel it, public can feel it as well,’” the director told host Madeeha Syed. The public did love Humsafar— people across Pakistan started identifying Fawad Khan, who already had made his mark, as Ashar and Mahira Khan as Khirad.

From marketing to media

Momina Duraid was not always involved with the media. She was a marketing major who worked for a bank. “Media was the last thing I thought I would do. My mother-in-law, Sultana Siddiqui has been definitely associated with the industry as she worked for PTV but at the beginning I only looking after finances. I didn’t know that I would be stepping into the creative side of things,” she said. Mere Paas Paas was my first independent drama, and it was just for fun— to help my husband and mother-in-law. I had no idea it would do well.”

“I was told not to make Daastan”

Based on Razia Butt’s novel ‘Bano’ Daastan, was a tremendous effort to portray pre and post 1947 partition events but it appeared that even that effort was not welcomed in the beginning. “I was told that dramas based on partition are failures. I had read ‘Bano’ in my childhood and I especially went to meet the now-deceased writer, Razia Butt, who was eighty at that time. She told me: “Main tumko apni sabse qeemti cheez derahi hon, isko acha banao.” “I agree that partition plays are never easy but I met people who told me that they made their daughters watch the drama to know about the sacrifices that led to this country,” said the director, who believes that one can still make a difference through entertainment. “After Daastan I didn’t look back. Even with the commercial projects I do, I make sure that they are the ones I want to do.”

“I feel branded as a feminist”

With a dearth of female directors and producers in the industry, Momina feels that she has been branded a feminist but she thinks there is a way to approach this. “I believe that behind every successful woman there is a man. In our dramas we show both kinds of men, who are supportive as well as malicious. I won’t say that women should rebel because God has made them this way—compromising. But at the same time they mustn’t be completely submissive.”

Saanjha is a dream, not a reality

Even though Momina has worked on numerous dramas drawing on women’s lives, Rehaai andSanjha stand out because of their uniqueness. Rehaai, a drama addressing child marriages, spurred debates among the audience who used religion to fuel debate. It was interesting to note here that Rehaai had to be reshot: a scene where the 10-year-old girl is shown coping with her unwanted pregnancy was replaced because Momina felt that mothers wouldn’t be comfortable with the depiction. Momina empathised that even though many argued to keep the scene, the drama did well enough without it and was even translated into various languages across the world. Coming to Saanjha, a tale of a young girl sold off into prostitution, Momina said that it too was a delicate topic and their take was different than usual: “Prostitutes are glorified not humanised so we needed to show their perturbing journey.

We portrayed them as humans and showed their lives, how they raise children, how they’re individuals not untouchables.” “When people told me Saanjha depicted reality, I told them that Saanjha is a dream, not reality. I showed in Saanjha that the girl got out the system and was accepted by society—it looked realistic but the reality is different.” Given that Momina herself is a working mother of five, she admitted that being a working woman she was a guilty mother. However, she also strongly believes that instead of wasting time, it is better to do something productive with her time because there are many stay-at-home mothers neither do something worthwhile, nor do they spend quality time with their children. Her own life is very different from the dramas she produces or directs and none of her dramas are based on her life.