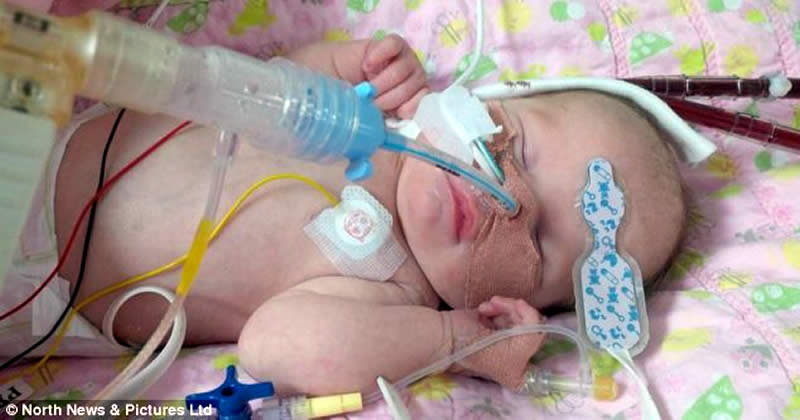 A six-day old premature baby has become the youngest infant to receive a heart transplant at a US hospital, doctors and her proud parents said Thursday.

Baby Oliver Crawford underwent the operation at Phoenix Children’s Hospital in Arizona after being born seven weeks ahead of schedule with a heart defect which meant her parents didn’t expect him to survive. 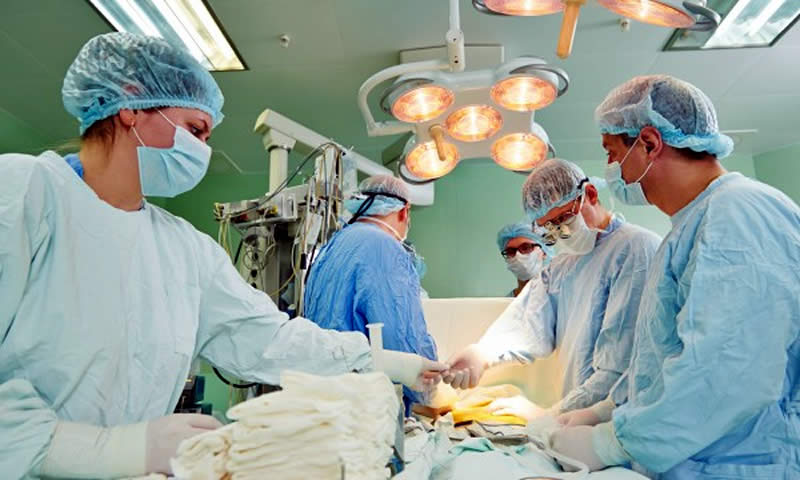 “The doctors had very little hope that he would survive the pregnancy, and when our water broke at 33 weeks, we were prepared to deliver a still born baby,” said Caylyn Otto, the infant’s mother. “But he came out fighting,” she added in a statement released by the hospital. The baby is recovering in hospital after being born on January 5. His mother and father Chris Crawford were first alerted to the problem after a prenatal exam at 20 weeks showed a defect in the tiny baby’s heart, called dilated cardiomyopathy. It was confirmed four weeks later.

“The left ventricle was huge for a 24-week-old,” pediatric cardiologist Dr. Christopher Lindblade told the Arizona Republic, adding: “It was massive.” They prepared for the worst. They even prepared for Oliver’s funeral, clearing their home of toys, diapers and other baby things.  “It was too hard for me to look at all that stuff,” said Otto. A hospice worker asked her if she would want to hold her stillborn baby, before he was taken away. “I don’t think I can,” Otto told her husband, according to the newspaper. “I don’t think I can hold him like that.” “We kept saying, if we just get to hold him for one minute. That’s all we ask. Just one minute with our son,” Otto told the newspaper.

“Every minute more we get is a blessing,” she said. Lindblade, the director of the hospital’s Fetal Heart Program, had recently reviewed a major study on neonatal babies, which gave a prognosis for infants with Oliver’s condition. Using statistics from the study, he told the parents that their baby had a 58 percent chance of not dying or not having to have a heart transplant But while the odds were daunting, the anxious parents knew they meant there was still a chance — so they nicknamed their infant son Oliver Hope, short for “all of our hope,” Crawford told the Arizona Republic. Doctors planned for a birth at 36 weeks, but Otto went into labor at 33 weeks. Within hours of the birth the baby was screened to see if he was healthy enough for a heart transplant.

He was put on a national transplant waiting list on January 9, and two days later a viable heart became available. The operation lasted for 10 hours, after which he had an incision from his belly to his chest. “From our understanding Oliver is the youngest recipient in the nation. He received his transplant at 34 weeks and 3 days gestation,” said his mother. The baby remains in hospital and his lungs remain weak but he is doing “amazingly well” at 6.1 pounds, according to the hospital. “It is amazing, after expecting the worst, Oliver is indeed a miracle,” said the baby’s father. – AFP