“We believe this important visit would further strengthen the all-weather strategic partnership between the two countries,” the premier said, adding that the Chinese president’s visit will bring them closer to achieving the dream of building a “Pak-China community of shared destiny”. 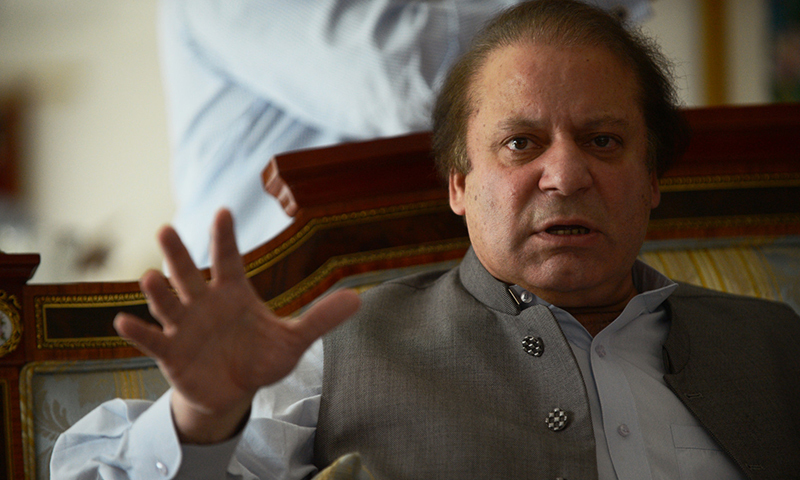 The premier underscored Pakistan attaches high importance to the China-Pakistan Economic Corridor (CPEC) and expressed confidence that President Xi’s expected visit would help fast-track CPEC early harvest projects. The Chinese foreign minister also informed PM Nawaz that the purpose of his visit is to prepare for President Xi Jinping’s visit to Pakistan. Welcoming Mr Wang Yi on his first official visit to Pakistan, PM Nawaz also said that friendship with China is the cornerstone of Pakistan’s foreign policy, emphasising that China has always been a sincere friend of Pakistan.

PM Nawaz further said security for Chinese nationals working in Pakistan is a matter of high priority for Pakistan and special arrangements are being made for this purpose. Mr Wang Yi, in turn, thanked the government for taking measures to improve security of Chinese personnel and institutions in Pakistan. The Chinese foreign minister also conveyed the greetings of Chinese Prime Minister Mr Li Keqiang and President Xi Jinping to PM Nawaz, adding that China appreciates the importance Pakistan attaches to friendship with China and the contribution the premier has personally made to take this relationship to new heights.

Mr Wang Yi said that during the Chinese president’s visit, both sides will hold in-depth discussions on all matters of mutual interest including economy, security and regional developments in the backdrop of changing international scenario. The Chinese foreign minister said that Pakistan and China are iron brothers and frequent bilateral exchanges have further strengthened this relationship. President Xi attaches great importance to the relationship with Pakistan and cherishes the trust and friendship between the two countries, he said.

The Chinese foreign minister also said that the menace of terrorism and extremism is the common enemy of both Pakistan and China, adding that China will continue its cooperation with Pakistan in successfully overcoming this challenge. Pakistan and China are celebrating 2015 as their year of friendly exchanges which has formally begun with Mr Wang Yi’s visit and will be followed by a series of high level bilateral visits from both sides. Finance Minister Ishaq Dar, Minister for Planning and Development Ahsan Iqbal, Adviser to the Prime Minister on National Security Sartaj Aziz, Special Assistant to Prime Minister Tariq Fatemi and Foreign Secretary Aizaz Chaudhry were present during the meeting. Ambassador of China to Pakistan, Mr Sun Weidong was also present on the occasion.

Thousands Attend Funerals of Muslim ‘Hate Crime’ Victims in US

Thousands Attend Funerals of Muslim 'Hate Crime' Victims in US