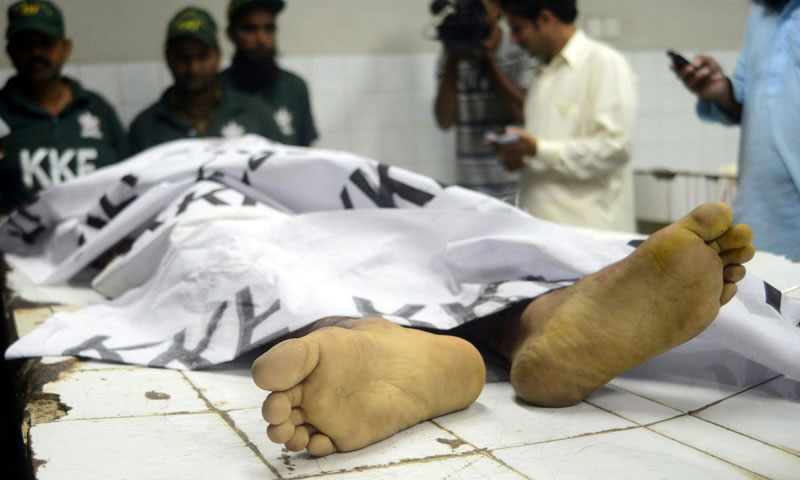 After learning that 4,557 bodies were found in the country over the past four years, the Supreme Court has asked the federal government to effectively address in a coordinated manner the handling of unclaimed bodies as well as the issue of missing persons.

A two-judge Supreme Court bench, headed by Justice Jawwad S. Khawaja, on Tuesday took up an application of Nasrullah Baloch, chairman of the Voice for Baloch Missing Persons, who has invited attention of the court towards lack of a proper system for handling of mutilated or unclaimed bodies found at different places in Balochistan. “We do not need protective walls around our cities for defence purposes provided citizens are fully protected,” observed Justice Khawaja, adding that “we are creating difficulties for ourselves by not facilitating our citizens”. At the last hearing on Feb 3, the apex court had asked provincial governments to come up with a comprehensive report about total number of cases of unidentified bodies and the procedure about handing them over to legal heirs.

One after another law officers presented their reports before the court about the number of unclaimed bodies found in their respective provinces, the highest being in Khyber Pakhtunkhwa (KP). Realising the grave state of affairs, the court summoned Attorney General Salman Aslam Butt and asked him to take interest in the matter. The attorney general assured the court that he would talk to officials at the Ministry of Interior so that federal and provincial governments could coordinate efforts in resolving the issue. Additional Advocate General (AAG) of Balochistan Farid Dogar told the court that 153 bodies were found in the province from 2010 to 2014. Thirty-nine unclaimed bodies had been buried. The AAG of KP, Waqar Ahmed Khan, said 2,600 bodies were found in his province, of which 43 remained unidentified. He said many mutilated bodies were found in sacks. The AAG of Punjab, Razzaq A. Mirza, said 1,299 bodies were found during the period between 2013 and 2014.

He said 32 bodies remained unclaimed. Referring to Balochistan AAG’s report, the judges were surprised on learning that legal heirs or relatives of missing persons were not informed when bodies of their dear ones were found. In the past when bodies of missing persons were found, their relatives were informed by police or Levies personnel, but due to some unexplained reasons the practice has been stopped. The court said mere initiation of proceedings under Section 176 CrPC was no substitute for this practice. It deplored that the government had been asked repeatedly to facilitate relatives of missing persons to lessen their anguish, but in vain.