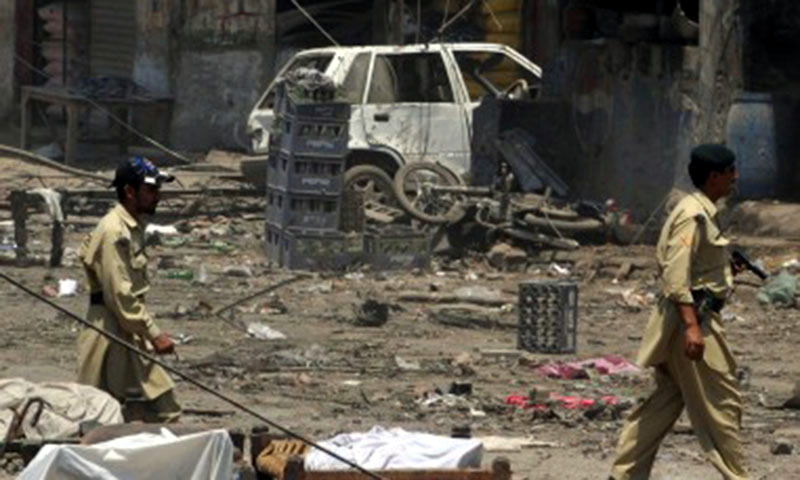 Three volunteers of a pro-government armed group were killed and five others injured in a bomb blast in a remote locality of Bazaar Zakhakhel on Sunday.

Claiming responsibility for the attack, a spokesman for the banned Lashkar-i-Islam organisation told reporters by phone that the LI men had detonated an explosive device at a bunker of the pro-government Tauheedul Islam group in Nari Baba area. A similar attack three days ago had also left three Tauheedul Islam men dead.

The Lashkar-i-Islam is at loggerheads with the Zakhakhel dominated Tauheedul Islam group since it parted ways with the LI four years back and announced its support for a military operation against the banned outfit. Meanwhile, security forces ordered residents of Alam Gudar area of Bara to immediately vacate their houses. Although most residents of the area fled their houses after the launch of Operation Khyber-I in October last year, a small number had stayed back to guard their property against militants and thieves as robberies in houses had increased after families left their homes in various localities.