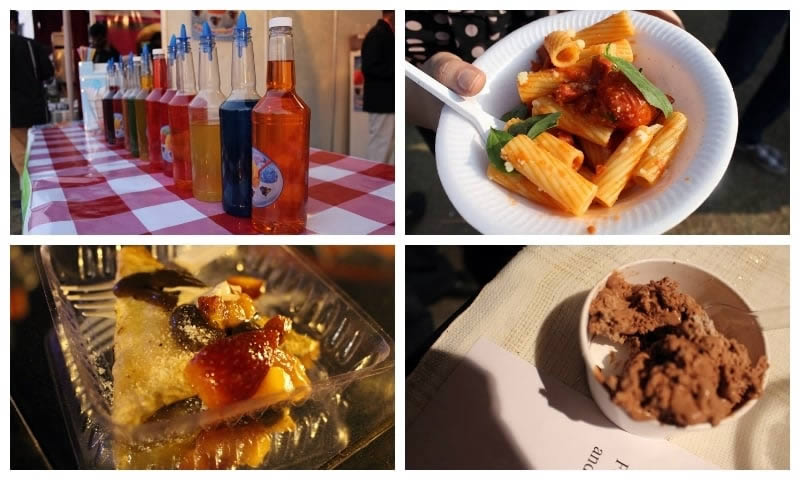 Held on a cool crisp January weekend the Karachi Eat Food Festival 2015, was a smorgasbord of eateries ranging from fine dining to street food favorites peppered with a few legitimately unique risk-takers poised to be the next big thing in culinary trends.

While conventional fare was present for the traditional eater, the discerning epicure could feast upon such delicacies as strawberry samosas and stuffed vine leaves.

It was a treat to experience chapli kebabs, Italian pasta and nitrogen ice-cream all in the same meal.

Experienced restaurant chefs, traditional home cooks, aspiring bakers and reality TV stars all shared the same space as they peddled their wares to the hungry crowds. 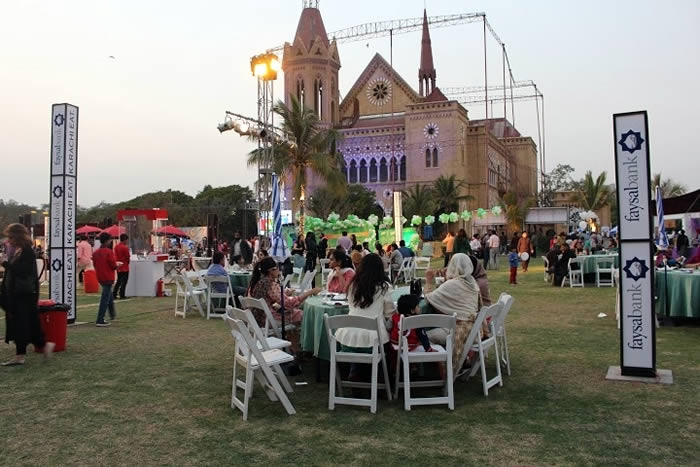 1. The Strawberry Samosa at Spoonful 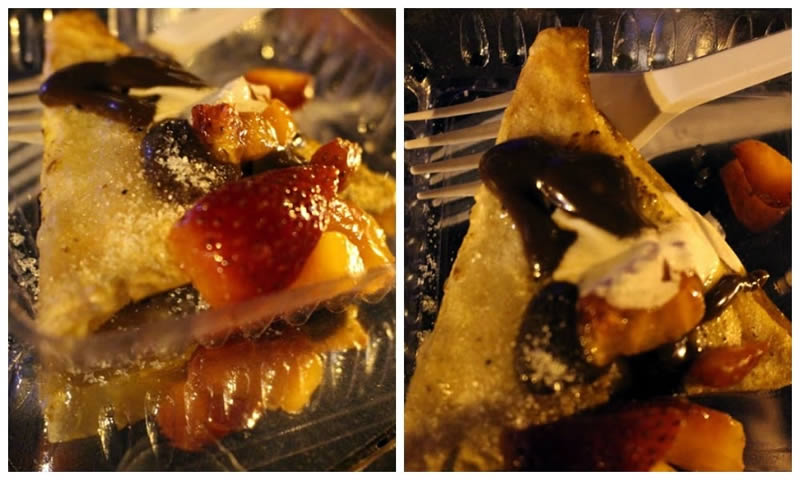 This ingenious little pastry quickly developed great word of mouth with people asking with astonishment “Are there really strawberries in this samosa?” Simple but satisfying, the crisp outer layer gave way to a gooey tangy strawberry filling, perfectly accented with a Nutella drizzle and a dollop of whipped cream.

The soft melt in your mouth was further elevated with a spicy homemade kimchi mayo and sweet onion relish. A perfect balance of flavors and textures the sandwich could have benefited from better bread, but was nonetheless a delight. The friendly welcoming way the vendors interacted with the customers was also a plus.

3. Churros from Churros and Choc 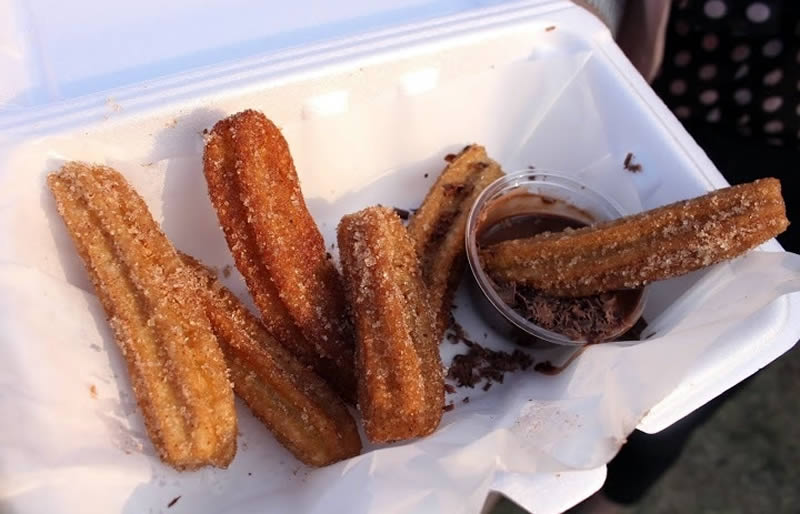 First introduced at the Karachi Creative Festival in November, Rayyan Durrani’s Churros are authentic and delectable. Golden airy deep fried dough is dipped in cinnamon sugar and served with a chocolate sauce. The distinctive ridges piped from a star-shaped churrera are wonderful but a thicker sauce to dip them in would have made it even more fun. 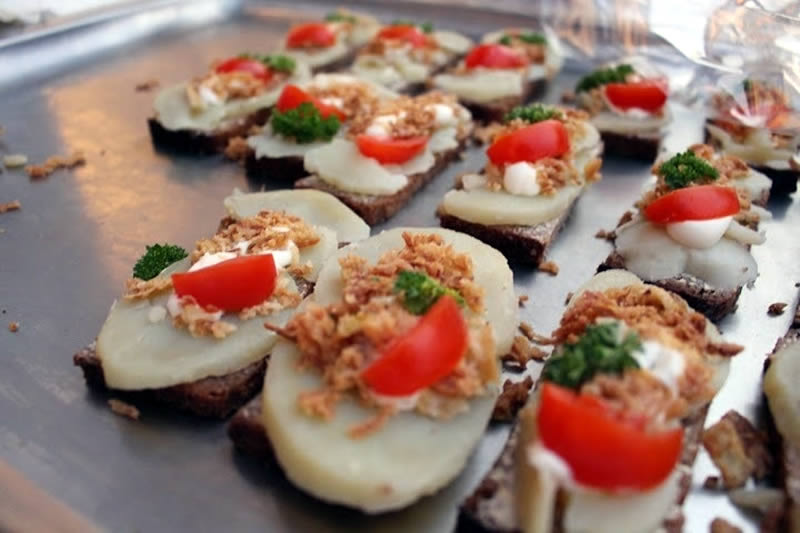 Available in six variations (potato, scrambled egg, smoked mackerel, chicken, mackerel with tomato sauce and roast beef) and served on organic rye sourdough bread from Denmark, these adorable little sandwiches were perfect for munching on in between heavier fare. The potato smorrebrod topped with fried onions was a personal favorite. 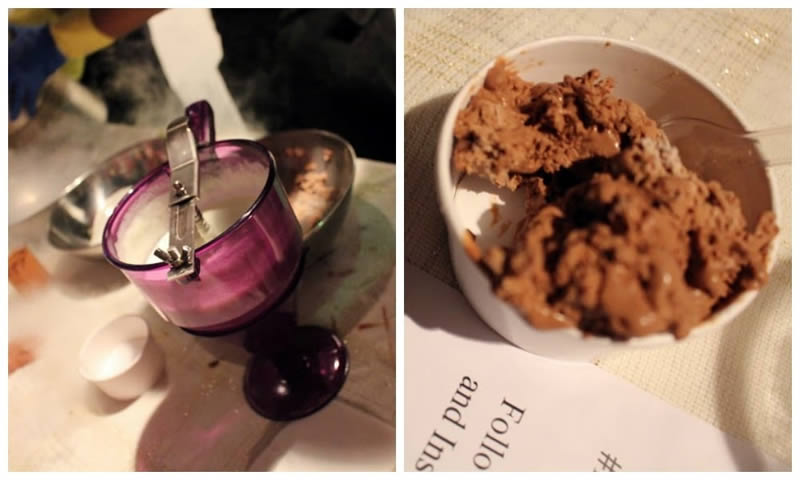 With a tagline like “scientifically delicious” Ice dreams is intriguing not just because of its taste but also because of the technique involved. Previously only seen on Masterchef, Karachites had a chance to watch the theatrics of liquid nitrogen ice cream being prepared. With traditional flavors Chocolate, Vanilla, Summer Berry and more exotic ones like Pakola, Masala Doodh Patti, Ice Dreams is definitely something to watch out for. For the less adventurous there were plenty of time honored classics to turn to and all the best restaurants had a unique selection at their stall. 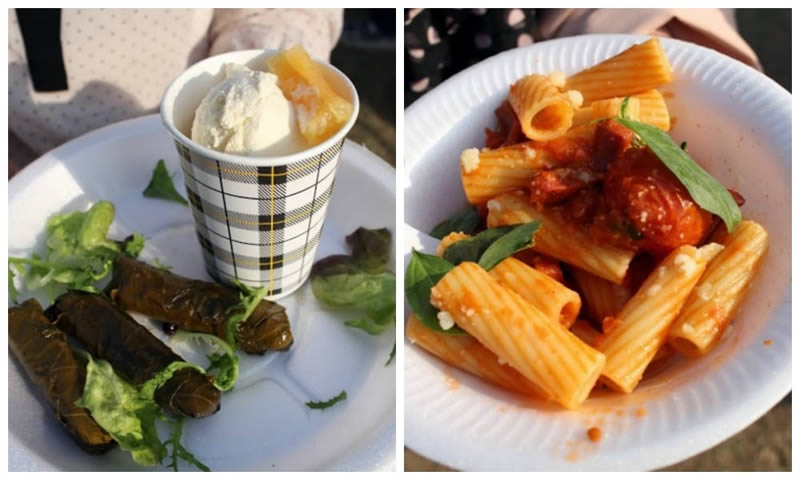 It is unfortunate that the Okra stall was open for only on Saturday because it was a rare opportunity to try their distinctive cuisine while avoiding the cost of a full meal. The sausage rigatoni was good comfort food, and the Greek style vine leaves were divine. The white peppercorn ice cream is doubtless an acquired taste but it certainly is interesting. 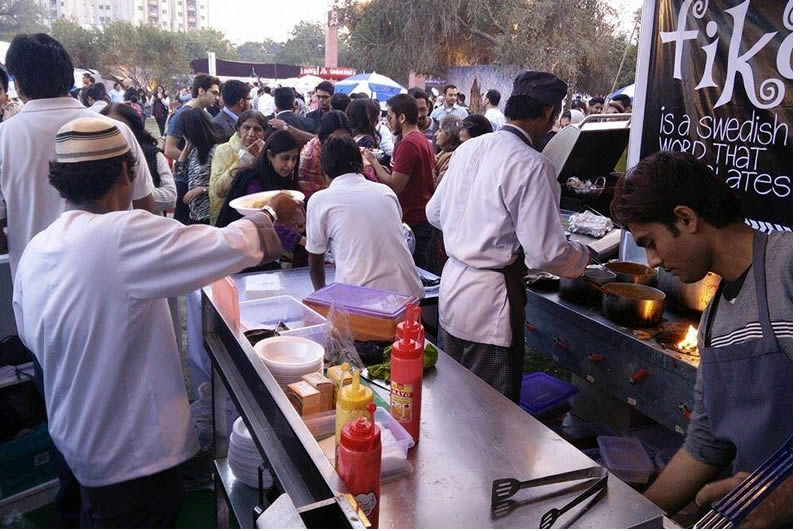 The festival came at an opportune time for recently opened restaurant Fika. Their sample menu of pastas and soups is intriguing enough to encourage a visit to the outlet. The seafood chowder was especially soothing in the chilly evening. Fika also had the best seating with it’s offbeat colorful furniture. 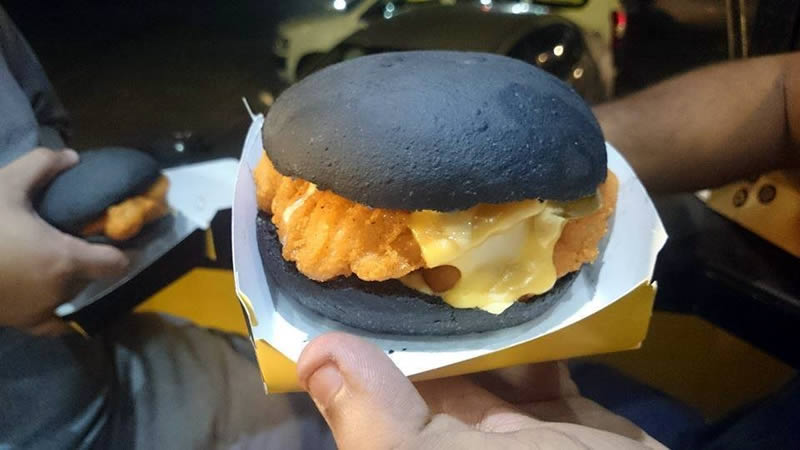 As the queue at Chosen Bun swelled and some enthusiasts turned away owing to the 30 minute wait, a few satisfied customers beckoned them to stay. “Trust me, it’s worth the wait,” said one gentleman, who had just devoured a beef burger. And how right he was! The single patty beef burger was fresh and bursting with flavour, with the added cheese, mayo and generous jalepeno portion made it all the more exciting. Happily, The Chosen Bun will be up and running on Seher Commercial sometime in March. 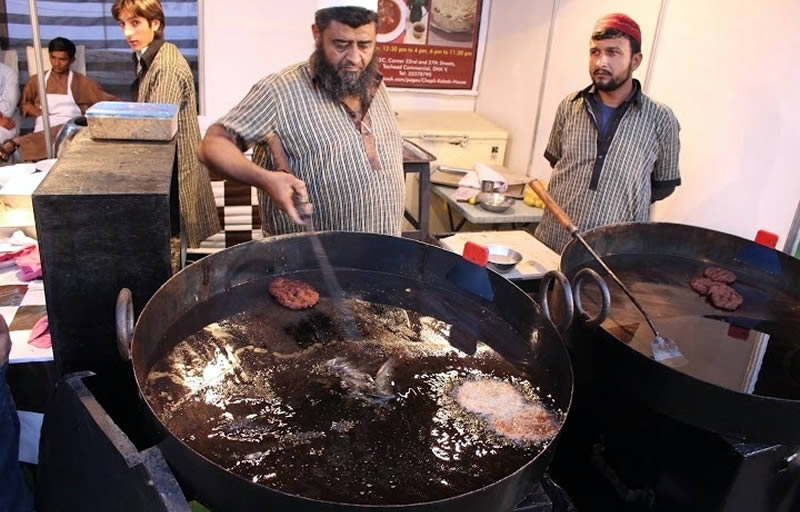 You could not turn a corner without seeing someone with a plate of chapli kebab with naan in their hands. Its affordability and generous portions made it a surefire crowd pleaser, but the quality and flavor had people coming back for seconds and thirds. 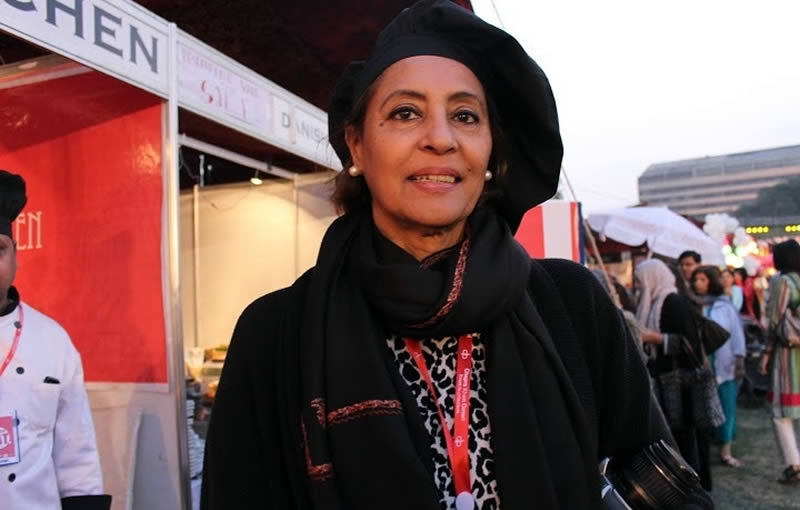 If you were in the mood for a piping hot, deep-fried dumpling oozing cheese and hints of crab meat, China Kitchen’s Crab Rangoon was the perfect pick for instant gratification. At Rs 250 for three pieces, the crab pockets served with a sweet, sticky sauce had the right amount of crispy pastry cocooning soft, aromatic cream cheese and crab meat. Best of all, the preparation time was a perfect five to seven minutes — two thumbs up for taste and timeliness! 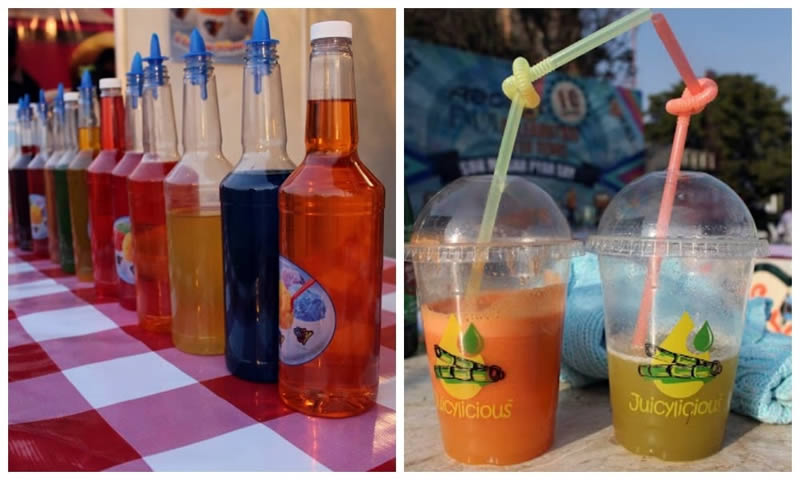 With the astonishing array of food on offer, you need something to wash it all down with. A cool glass of juice is the natural choice and preferable to overly sweetened soft drinks. Notably popular was the sugarcane juice which was both refreshing and delicious.

The sophomore year of what will hopefully become annual affair, clearly had some teething issues with regards to management and logistics.

Traffic was a nightmare with people waiting for hours to get in and a very haphazard valet service. Trash cans and bathrooms are an obvious necessity yet the former were sparsely located and the latter nonexistent. The throngs of people should have been anticipated and arranged for. Last year there was room for a leisurely stroll to check out stalls as well as an ample seating area. In comparison this year’s event felt jam-packed and claustrophobic. The stall placement could have been better and more spread out in terms of what they were serving, having all the home bakers in one area was a mistake but these are all relatively minor concerns. 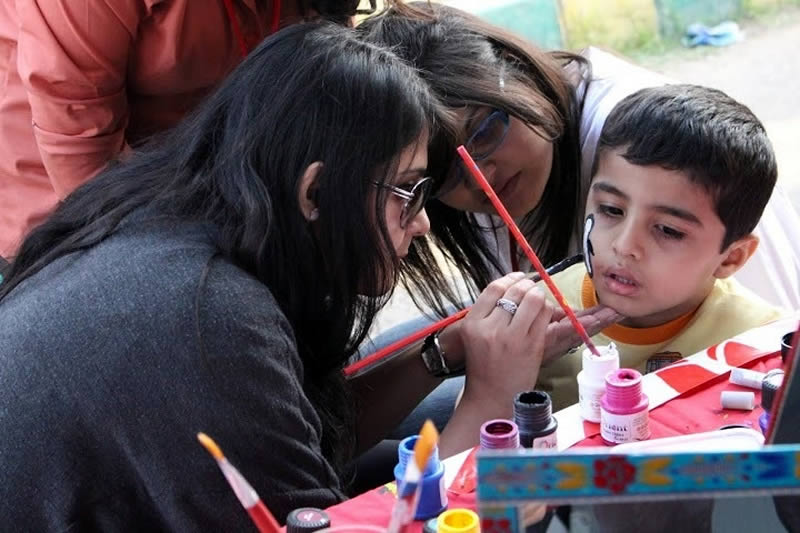 The only one major issue the festival had was the blatant commercialism in a stark departure from last year’s warm welcoming vibe. Stalls from franchise chains like Dominos, Burger King and Nandos and dedicated VIP lounges for Faysal Bank are inconsistent with fostering a community spirit between local entrepreneurs. 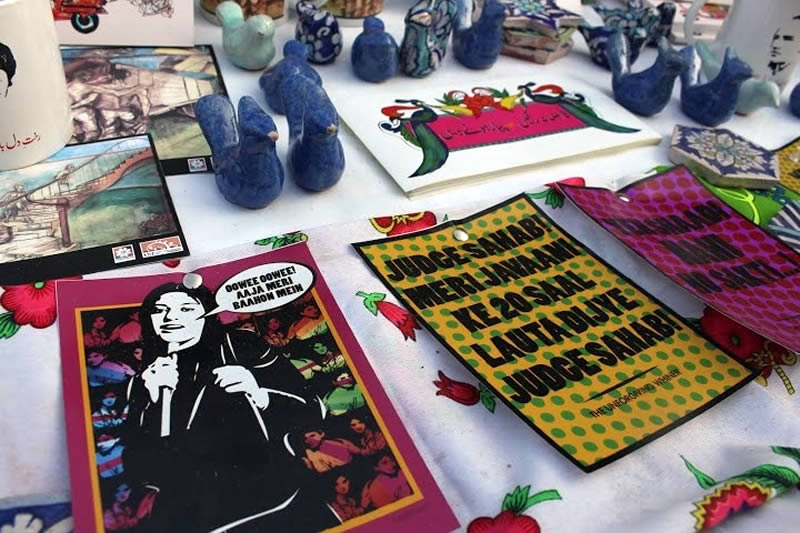 The organizers need to decide which demographic they want to cater to. If this is aimed towards family entertainment and mass consumption then it should be advertised as such. If it is actually meant as a celebration of food it needs to be tweaked and stream lined so that the food is the star. 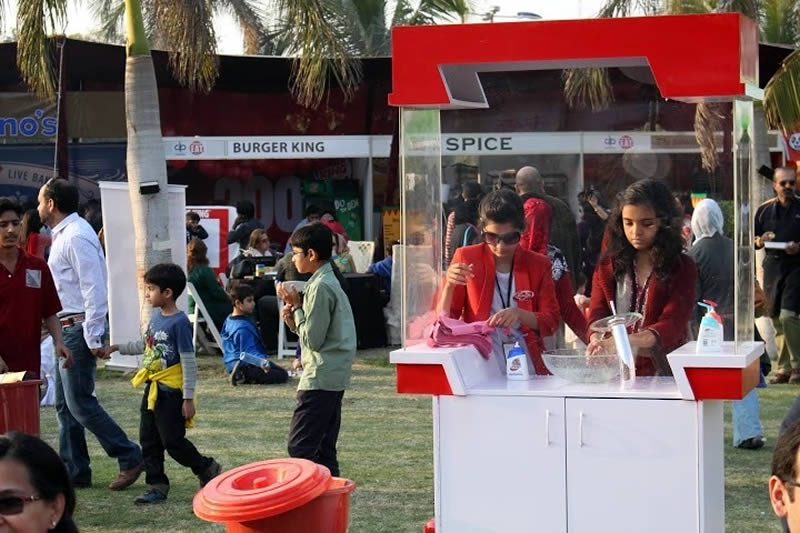 Pointing out the few flaws is in no way intended to discourage Chapra Khan Omari Eventions who assuredly put in a great deal of dedication and effort. The only way 2016’s food festival will be better is if we honestly analyze which parts worked and which parts did not. 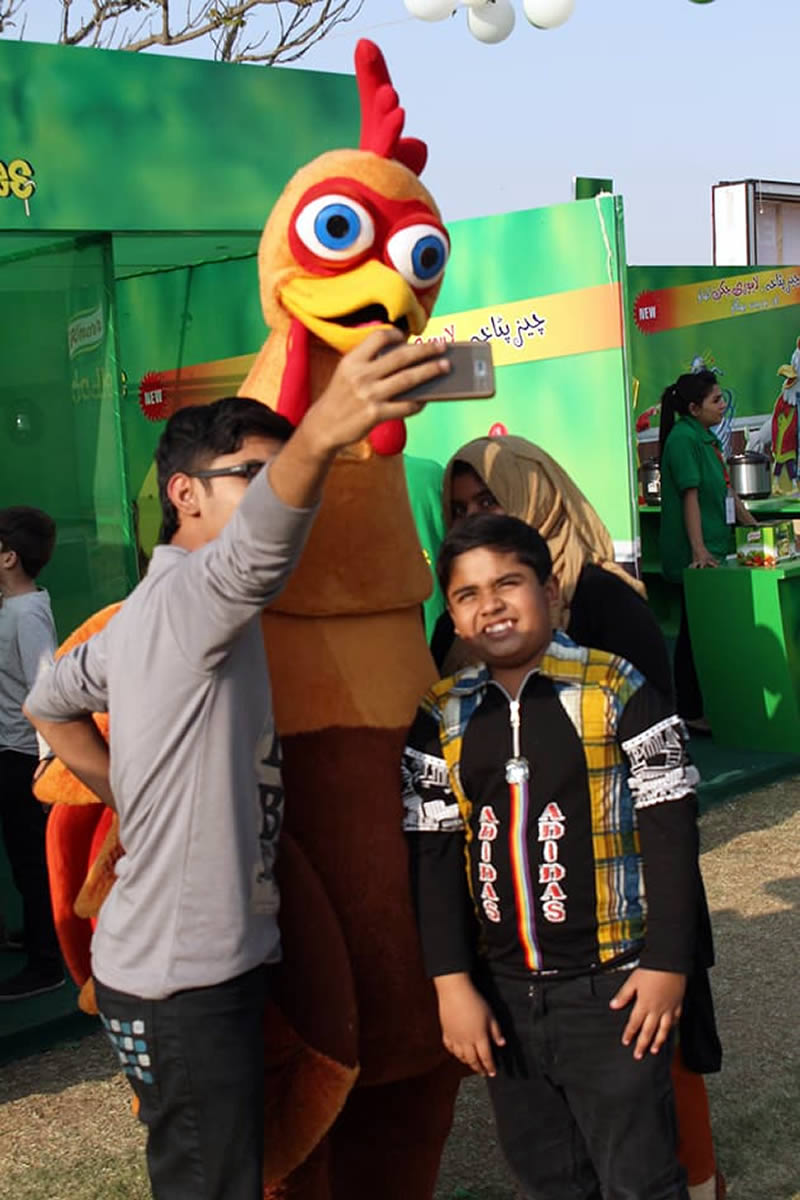 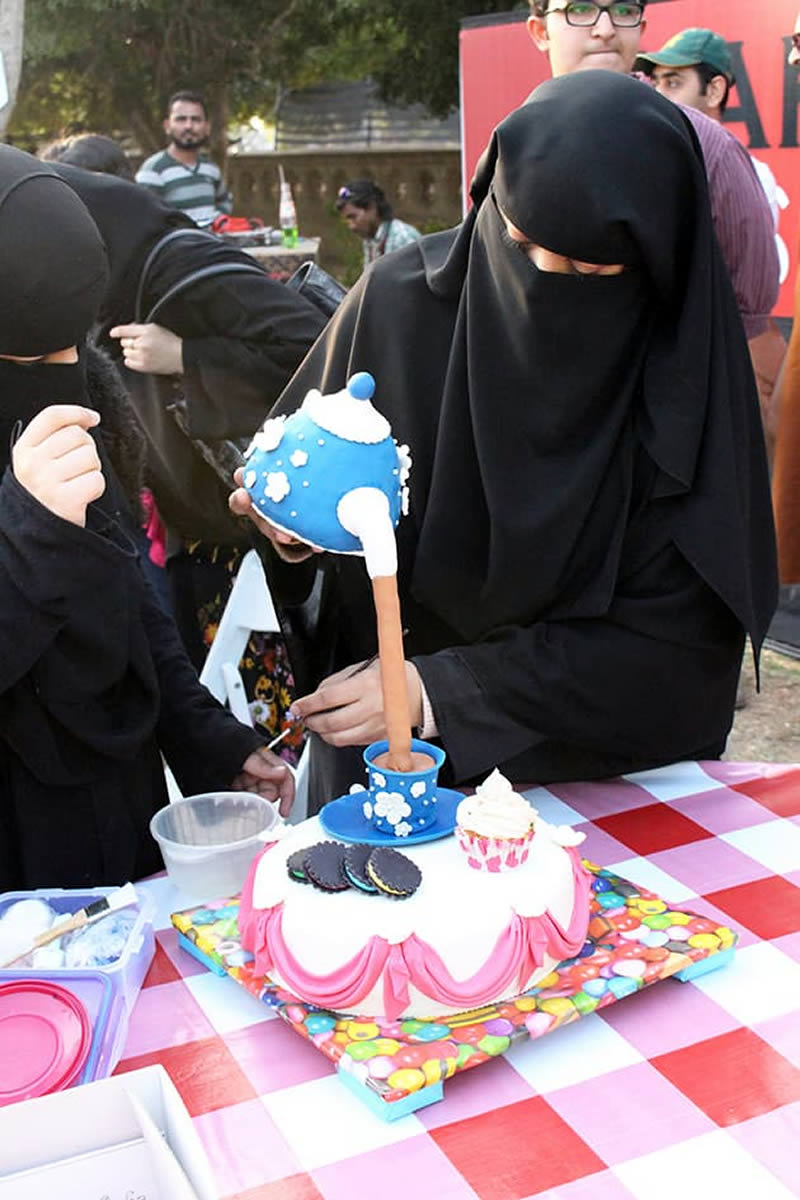