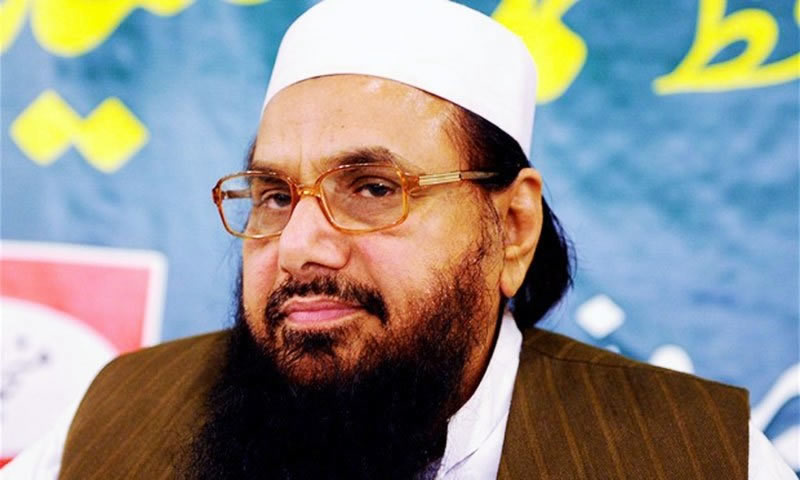 The Foreign Office avoided on Thursday confirming proscription of the Jamaatud Dawa (JuD) and the Haqqani network, but said that Pakistan, as a member of the United Nations, was required to act against those included in the sanctions list.

“JuD and some other organisations are listed by the United Nations. Pakistan, as a member of the United Nations, is under obligations to proscribe the entities and individuals that are listed. We take our obligations very seriously and try to meet these obligations scrupulously,” Foreign Office spokesperson Tasnim Aslam said at the weekly media briefing. But, at the same time, the spokesperson said that “national action or any other subsequent actions to ensure full implementation” was the responsibility of the Ministry of Interior and Nacta (National Counter-terrorism Authority), therefore only those two organisations could tell whether JuD and the Haqqani network had been banned or not. JuD and its leader Hafiz Saeed were added to the sanctions list in Dec 2008 by the United Nations Security Council as part of the Resolution 1267, which is also known as the Al Qaeda and Taliban Sanctions Committee.

Addition of entities and individuals to the sanctions list requires member states to freeze their assets, ban the international travel of listed individuals, and prevent supply of weapons, technology and other aid to these groups and individuals. The spokesperson noted that the government immediately complied with any UN sanctions. This implies that the restrictions she talked about were not new and had been in place since the UN listed JuD six years ago. Confusion has surrounded reports that the government planned to proscribe JuD and the Haqqani network. Conflicting reports from different quarters have added to the confusion. A key national security functionary, requesting anonymity, told Dawn that no formal notification regarding proscription of JuD had yet been issued. He, however, admitted that there was a proposal for adding some of the groups to the list of banned entities.

The senior official further clarified that any national action should be seen distinctly from the compliance of the UN sanctions. A UN team from the sanctions committee is expected to visit Pakistan shortly. Ms Aslam said the visit was part of continuing consultations with the UN on counter-terrorism. “The UN mechanisms created through resolutions, hold regular consultations with member states and as a member of the international community Pakistan is also involved in these consultations,” she said, while refuting reports of a special UN visit for examining the steps Pakistan had taken against the threat of Daish (Islamic State). Meanwhile, Member of Senate Standing Committee on Interior Senator retired Col Tahir Hussain Mashhadi, when contacted, said a senior official of the interior ministry had recently told the Senate panel that the Haqqani network and JuD had not been banned. The information was shared with the Senate committee by Additional Secretary of Interior Ministry Chaudhry Mohammad Asghar in response to a question asked by Mukhtar Dhamra on the status of the two organisations.

Senator Mashhadi recalled the official telling the committee that “JuD has been put under observation according to the interior ministry’s record while no such orders have been received for the Haqqani network”. At a recent press conference, Interior Minister Chaudhry Nisar Ali Khan had avoided offering any clear comment on the status of the Haqqani network and JuD and preferred just to say that such issues could not be tackled through a single track policy. Spokesman for former president Asif Ali Zardari and PPP Senator Farhatullah Babar when contacted said that conflicting reports had pointed to a disturbing ambiguity in the policy. “There is absence of clarity. We have declared a war against militants who pose a threat to the state, but what about snakes the state nurtured in the past in its backyard hoping that they will only bite its neighbour. Are we prepared to fight them as well? Or we still think that the snakes will do our bidding and not bite us,” Mr Babar observed, adding that unless “we have clarity on this issue the ambiguity and dithering will continue with disastrous consequences”.

Our Staff Reporter in Lahore adds: The Jamaatud Dawa says it will continue its religious preaching and welfare activities in Pakistan despite various statements, including the recent one by the Foreign Office, issued against it time to time. “Such statements are being given just to please India under the United States’ pressure,” a statement issued by JuD spokesman Yahya Mujahid reads. There were various matters related to sanctions on the JuD by the United Nations, under proceedings in the Lahore High Court and the Supreme Court of Pakistan in the past, but the courts in their verdicts have declared that such sanctions didn’t apply to JuD in Pakistan and it was allowed to continue its activities in the country, the statement said. -dawn